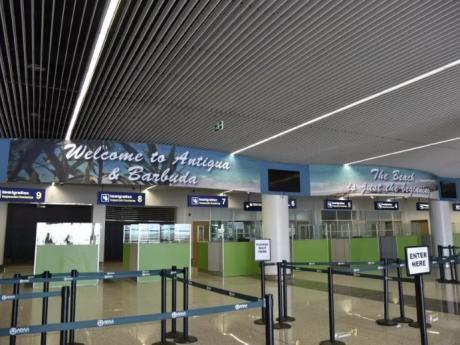 “With the reopening of the Antigua and Barbuda economy, international travel is crucial. But the safety of our valuable employees and members of the travelling public is foremost. The measures we have put in place are intended to keep everyone safe as they transit our facilities,” said Euletta Francis, the chief executive officer of the Antigua and Barbuda Airport Authority.

In a statement, the authority said that the health protocols that cover the diverse range of operations at the VC Bird International Airport will be in full effect to coincide with the opening of the island’s borders on Monday.

It said the guidelines were subject to the scrutiny of major stakeholders and shared with employees and operators across the VC Bird International Airport through a series of virtual meetings.

The authority said it will be restricting traffic through the terminal to travellers and airport staff and that they will all be subject to the agreed protocols, which include all passengers being required to wear masks during the arrival and departure process.

In addition, all arriving passengers will be asked to complete a health declaration form following which port health authorities will administer health and screening checks and that all airport staff who have to interface with the travelling public must wear personal protective equipment as per the standard health protocols.

“A rigorous regime of cleaning and sanitisation has been operationalised for all points of contact to include restrooms, check-in counters, doors, security area, baggage claim etc [and] a limited number of doors will be used for exit from and entry into the terminal and these will be manned by airport personnel to ensure adherence to protocols.”

The statement noted that only travellers and employees will be allowed entry into the terminal and that travellers will be encouraged to make use of online check-in.

“Airlines have adopted their own set of protocols and travellers are being encouraged to adhere to their procedures,” the statement added.

Last week, the Economic Recovery Committee, chaired by Prime Minister Gaston Browne, noted that on June 4 American Airlines will fly from Miami to Antigua, arriving at about 11:00 p.m. local time.

“The crew and aircraft will overnight in Antigua, and return the following day at about 2:00 p.m. The bookings indicate that more than 75 per cent of the passengers arriving on June 4 are likely to be nationals of Antigua and Barbuda. A trickle of tourists will also be on board. New protocols have been articulated for both groups, involving quarantine and testing, using rapid tests that are 87 per cent accurate.”