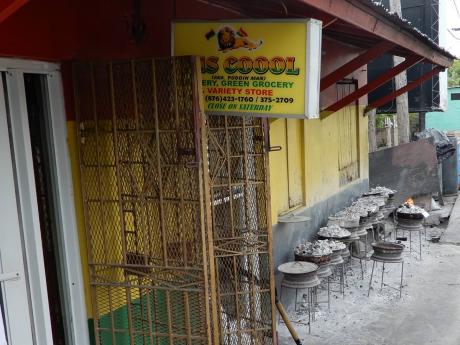 Jus Cool in St Ann has seen reduced business since COVID-19 hit Jamaican shores, but Wallace said he is grateful he can keep his doors open. 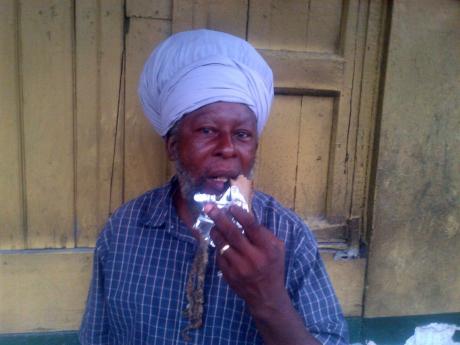 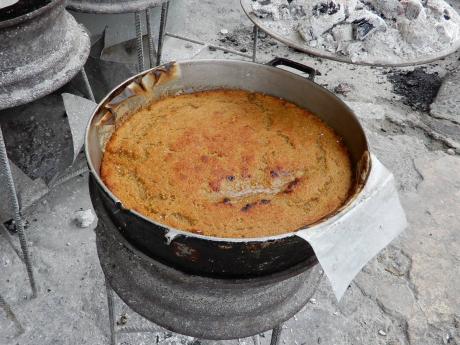 One of Wallace’s famous puddings ready for serving.
1
2
3

In good times and in bad times, Jamaicans just love their pudding, and no one knows it better than probably the most popular pudding maker in the country, Edgar Wallace.

Wallace, proprietor of Jus Cool restaurant in Priory, St Ann, is famous for his delicious potato and cornmeal puddings, and has been appropriately dubbed 'The Pudding Man'.

With the coronavirus impacting Jamaica's businesses at all levels, it was not expected that Jus Cool would have escaped the onslaught, and it did not.

But the makeshift ovens are still being fired up at the front of his restaurant, the alluring aroma still permeates the atmosphere, and the puddings are still bubbling to mouth-watering perfection.

"Pudding always sell, no matter what. As a matter of fact, people still come in and buy their whole pudding or their half a pudding," Wallace told THE WEEKEND STAR. "Quite naturally, things scaled down because of COVID. Our business depends on the tourists and there's no ship coming in, there's no plane coming in. So actually it's only our Jamaicans supporting me now and most of them come from like the soldier, the police and the taxi man that's driving on the street. But as you know businesses fluctuate. You just have to work with the tide."

Wallace said he was very thankful to God as so many other businesses have closed because they didn't have a consistent clientele.

Can still pay my bills

He is mindful of the social distancing stipulation and enforces it daily, beginning with a sign on the glass door that reads 'No mask, no serve'.

"We don't let them (customers) pack up in the store. We try to serve them as quickly as possible, and if there's more than three or four, we let them stay outside until we get rid of the crowd. We also have sanitisers that they use regularly and I let the workers wipe down the counter and keep the area clean," he said.

Demonstrating that he is a shrewd businessman, Wallace has extended his menu to beyond the cornmeal and potato puddings, undeniably the most popular items in the restaurant.

Also coming out of the ovens are pumpkin and carrot cakes, toto, and bread pudding which "just stays like about half an hour and it's gone". The popular spot also serves breakfast and lunch.

Meanwhile, Wallace disclosed that an issue highlighted by police more than two years ago as it relates to traffic congestion in the vicinity of his spot, is a thing of the past.

He said that the congestion is not as bad as before as motorists seem to be more disciplined.