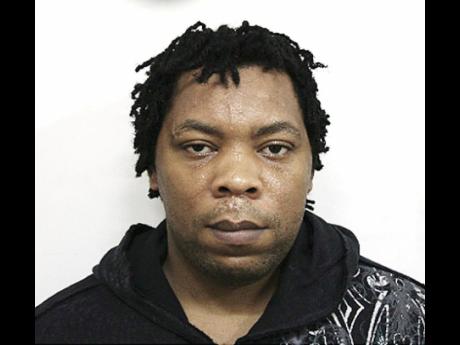 Tesha Miller has been found guilty of the murder of then chairman of the Jamaica Urban Transit Company (JUTC), Douglas Chambers.

The decision was handed down a short while ago in the Home Circuit Court by a seven-member jury. He is to be sentenced on January 9, next year.

Miller faced charges of accessory before and after the fact to the murder.
In the trial, the Crown’s witness, a self-proclaimed former member of the Spanish Town-based Clansman Gang, said Miller told him that Chambers' murder was a contract killing.

He also identified Miller as the leader of the gang and outlined the hierarchy of the criminal organisation in which he said he was an area leader.

The witness, who cannot be named because of a court order, also disclosed that he decided to testify to put an end to the gang violence and extortion taking place in Spanish Town.

Miller, however, denied knowing the witness and refuted that he was involved in the killing.

A man who has been under the police's radar for more than a decade for several crimes, including murder,  Miller this year claimed that Television Jamaica (TVJ) damaged his reputation.

Bert Samuels, Miller's attorney, said that his client has suffered reputational damage as a result of the way he was characterised in a newscast that was aired on March 19.

"To say a man is a gang leader in the absence of a conviction under the anti-gang law is to tarnish his reputation. He is presumed innocent under law. If you call a rapist a thief, he can sue you. Further, if you call him a gang leader, as a television station, while he is about to face a jury for trial, you are denying him a fair trial by an independent and impartial tribunal. Hence, he is entitled to constitutional damages," Samuels said.

TVJ, like THE STAR, is a member of the  RJRGLEANER Group.

Today's conviction adds to the growing rap sheet that Miller has developed. The St Catherine native, who left Jamaica for the United States in 2013, was charged by that country with illegal re-entry, having previously been deported, and for having an identification card in another person's name.