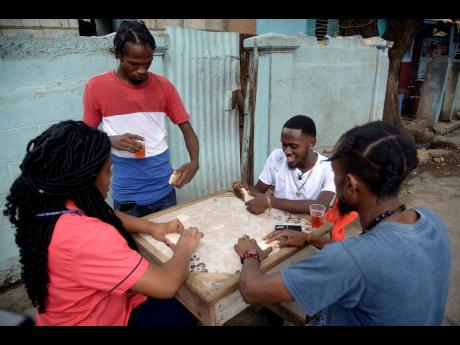 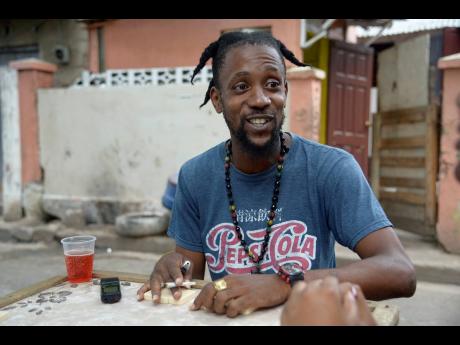 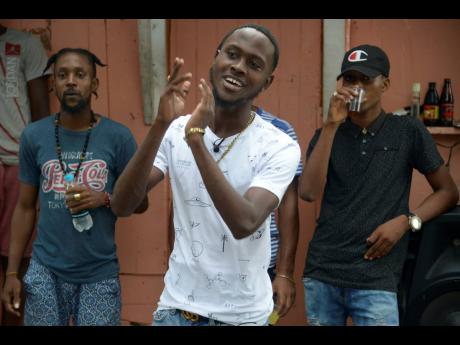 LaaLee (centre) vibing in his community. 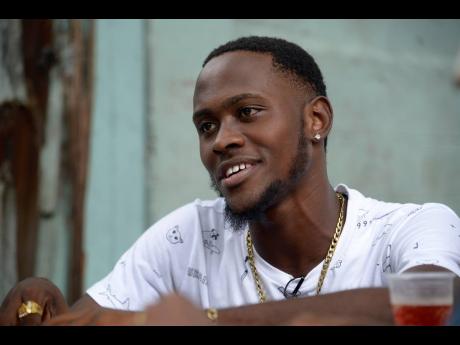 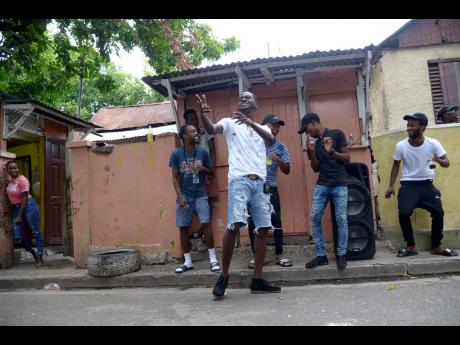 TOP PHOTO: LaaLee (centre, foreground) clowns around with his friend on Septimus Street, in his native Jones Town.
1
2
3
4
5

When The Gleaner-branded news vehicle rolled into Jones Town, naturally it attracted some amount of attention.

But when we had difficulty finding Septimus Street, that's when we realised just how much.

Whispers of "a LaaLee dem a look fah innu" could be heard as we drove around. when we stopped to ask for directions, we weren't short on volunteers as a group of men led us to the deejay's childhood home.

TRUE TO HIS ROOTS

When we arrived at the board shack the deejay shared with his parents and two siblings, it was clear that despite his rise in dancehall, in his hometown, the entertainer was still just Romario Ricketts.

When the STAR PAR team arrived, the entertainer was standing with a group of childhood friends.

A speaker box set up in front of the dwelling he used to occupy (and still visits occasionally) blasted his latest single, Quack Quack.

Drinks in hand, a table was set up by the side of the road with dominoes; the guys indicated I would be joining them in a game of 'cut-throat'.

Clueless as to what that was, they expertly advised me that the slang simply meant 'every man for himself'.

I breathed a sigh of relief because had we been partnered up, my teammate would not be happy with the 'six love' we would have received (the only thing I know about dominoes is that the blocks should match).

Clearly relaxed, LaaLee had a certain 'glow' about him as he spoke about growing up in Jones Town.

Well aware of the stigma surrounding inner-city communities, LaaLee said he has been doing his best to change people's ideas about 'ghetto yutes'.

"People a go always judge the ghetto, no matter wah. All when good yute come from it. A coulda Donald Trump or Obama, once yuh come from the ghetto dem have yuh certain ways. But a nuh every youth come from the ghetto, stay a way," he said. "I'm going to UWI. Me a try show people say we do music and we a go school and that we smart same way although we come from here so. Yah so nuh make we no different from a yute weh live a Cherry Gardens. Some of us have dreams and some of us want to make it out of this place."

Still, while he aspires to elevate himself, LaaLee expressed that the ghetto will always have his heart.

"Yah so special, trust me. If me have a house pan the hill, me affi have a house yah so. If yuh missing yah so tonight, by a morning everybody a ask weh LaaLee deh. If yuh missing up inna di hill, yuh coulda lay dung inna your house dead. Uptown nobody nuh business," he said. "People a go judge we but the people dem yah so dem loving, dem fun. Yah go have time when people and people vex and da man yah nah deal wid da man yah, but yuh see when dem start deal, trust me man, issa different feeling."

With that said, LaaLee explained the importance of staying connected with one's roots.