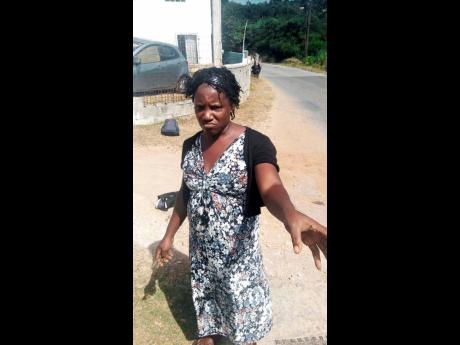 Claudette Jarrett shows the cuts and bruises she received from her son outside the Yahweh compound in St James. 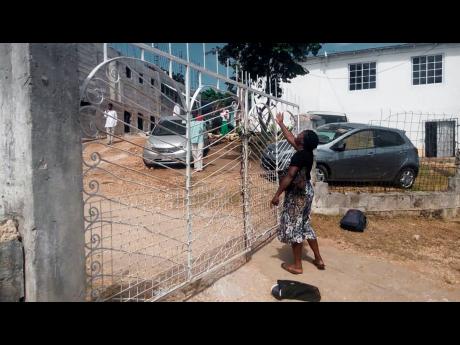 Claudette Jarrett seen outside the compound after being beaten by her son.
1
2

Just hours after the St James police invaded the compound of the Yahweh Church in Montego Bay, on Tuesday, another saga unfolded outside the gates.

A young man, a reported member of the church, turned on his mother and battered her in clear view of the public. The incident took place on Wednesday morning.

Fifty-four year-old Claudette Jarrett told THE STAR that she travelled all the way from her home in St Elizabeth, hoping to see her son, 29-year-old Cleon Jarrett, who has been living with the worshippers on the compound for the past two years.

As she emerged from the taxi and spotted her son, she dropped her bags as she ran towards him with arms wide open.

Instead of getting a hug, Jarrett was greeted with slaps and thumps from her son, who pushed her to the ground and began chastising her.

"Get away from me, demon. I told you not to come to this place, you are not my mother. You are Satan, you need to repent," the young man shouted at his mom, before onlookers intervened.

He was later placed in a bus and removed from the compound.

Members of the church, who were outside, appeared unbothered by his actions, some even videoing the ordeal on their phones.

" Mi caan get fi si mi son. When mi pregnant wid him, I have a hard time. I struggle wid him. And now the Yahweh people dem come brainwash mi son, and tek him weh from mi," she cried as she nursed her bruises.

"Cleon use to go a Seventh-day Adventist Church, but from one day him come downtown and meet one man who seh him a Yahweh, him tun inna idiot and dem brainwash him," she shared with curious onlookers.

Jarrett was also urged to make a formal report of the incident to the Freeport Police Station.

On Tuesday, a team of officers carried out an operation at the premises which resulted in their leader, 39-year-old Fabian Nelson, being arrested and charged for obstructing an officer while carrying out his duty, assault, and resisting arrest.

Three children who are said to be in need of care and protection were also rescued from the compound.