Man gunned down in front of family 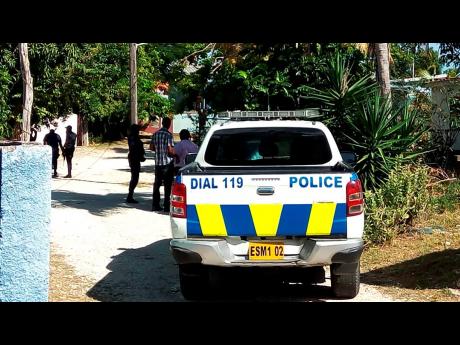 Police personnel processing the scene in Mount Salem, where 37-year-old Ricardo Forbes was shot and killed while dropping off his daughter at her school yesterday morning. 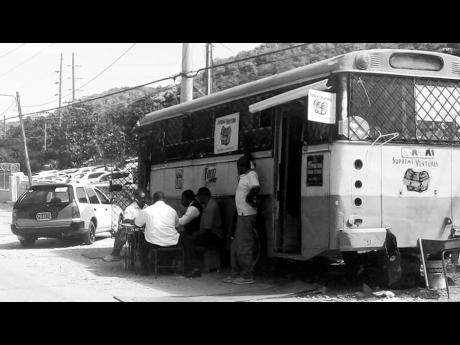 JUTA operators playing dominoes yesterday outside the Cash Pot bus along Sunset Boulevard in Montego Bay, where two of their colleagues were shot and injured by a lone gunman
1
2

A popular higgler was gunned down yesterday while he was dropping off his child at the Cornwall Gardens Basic School in Mount Salem, St James.

The killing happened in full view of his girlfriend, other students, and parents.

It is reported that Forbes drove on to the compound, exited the vehicle with his child, and both were walking towards the building when gunmen came up and one opened fire, hitting him multiple times. The gunmen escaped on foot.

Parents and students scurried for cover as the sounds of gunshots permeated the morning.

"What a thing! Dem a shoot down people right inna the middle a the ZOSO (Zone of Special Operations)," one female parent told THE STAR.

"Mi seh mi and mi sister did a walk a come wid wi children dem, when we hear the gunshot dem a fire. We see one boy a run and den we and some other parents start run from the school gate," she continued.

Another parent also lamented the careless manner in which the hit was carried out.

"One woman almost bruck har neck, and nearly kill har own pickney, the way how she a run fi escape. Mi caan believe this. Right inna the heart a the Zone a Special Operation. No sah! Mi caan believe diss," the woman stated while walking quickly from the scene.

Mount Salem was one of the first areas placed under a ZOSO in western Jamaica.

As the bloodletting continued in the parish, two JUTA tour bus operators were admitted to the Cornwall Regional Hospital in critical condition, after they were shot multiple times by a lone gunman on Tuesday evening.

Reports by the police are that both victims, a 30-year-old of Catherine Hall, and the other, a 38-year-old year-old of a Flankers address, were standing beside their buses along Sunset Boulevard, adjacent the Norman international Airport, when they were approached by a man who brandished a handgun and opened fire.

The gunman fled the scene

The wounded men were both assisted to hospital where they were treated and admitted. Over the past five days six men have been murdered in the parish while eight other persons were shot and injured.