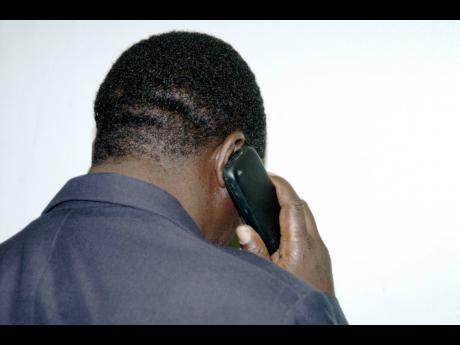 A n attempt to make quick money backfired on a man who ended up being charged with larceny by finding.

Carlos Stephenson pleaded guilty to the charge in the Kingston and St Andrew Parish Court yesterday, admitting that he tried to sell a 'lost' cellular phone.

Stephenson told the court that he found the phone in a gutter, while he was walking to Cross Roads.

This differed from his initial police report in which he said the phone fell from the pocket of a man on a bus while travelling from Linstead, St Catherine.

Stephenson told the court that he was making his way on Slipe Pen Road when he saw a man in a motor car making a call.

He reportedly told the man that he was selling him a phone "cheap cheap". The selling price was $3,000.

Unknown to Stephenson, the man was a police detective. Suspicious that the phone was stolen, the cop searched the accused.

"Him (the policeman) seh him a search me and him tek mi odda phone and pop off him gun and him ID same time," he told the court.

After clarifying which of the two phones actually belonged to Stephenson, the lawman arrested him. Stephenson is to be sentenced on November 8.