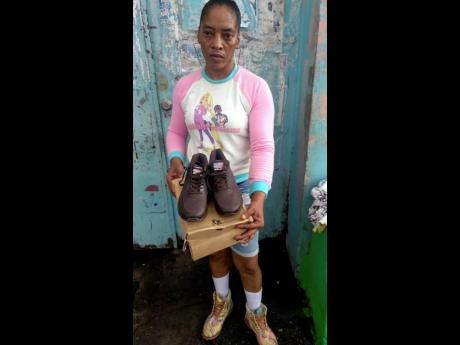 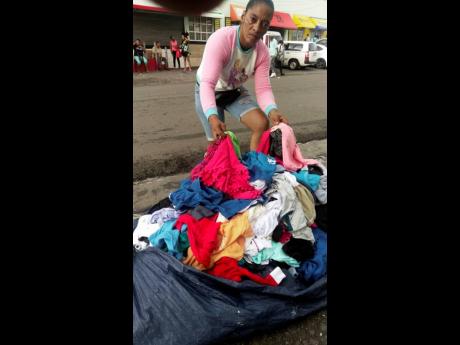 Street vendor Payter-Ann Morgan Lowe has dedicated her life to giving back to needy children in May Pen, Clarendon.

She told THE STAR that she has always felt the need to give back, and this generosity may have opened a door full of blessings for her children.

"Two of my daughters presently ... the one at UTech graduating November from the law faculty, and my second daughter just enrolled at UWI studying medicine and she got a scholarship. And I don't know if it's because of the giving why things are going so smooth for my kids. It challenging ... some days me caa even pay me bill, but me give. God always work it out for me. That's really me, that's me, that's the passion of me," she said.

Morgan said that she has been giving back and assisting children for more than a decade.

"I've been doing this from 2007. I don't really like to see children suffering. I'm from the garrison and we have struggles many times, so because of that, I have to give back to the children," she said. "I've always been giving, even out of the small amount that I have. You know sometimes the struggle is really rough, running from the municipal police. But I still find time to give back. Some mornings, I make that my point of duty to come out."

The vendor who also goes by 'Chin', says even though she struggles to support her children she still tries to help others.

"Most time I see children at KFC at May Pen begging and it kinda touch mi heart. Some a dem seh dem parents dead, some seh dem mada nuh business wid dem," she said. "Sometimes me mek it me duty fi help dem go back a school out a the small amount weh me have, even though me have my burden a carry, cause me have four kids biologically, and I have three kids living at my house that are not mine, my four girls and three boys."

Word about her generosity has travelled quickly around Clarendon.

"Now, children keep coming to me because I was reaching out before, and you know that persons pass on information to other persons. Like even back to school, me see a parent come and a struggle with like five, six kids and she only have $5,000. Mi jus seh gimmie the $5,000 and mek dem tek weh dem want," she said. "Presently, I don't have a shop again. I use to have a shop by the May Pen arcade, and last year October they came in and broke the shop and take out all my stuff. I didn't get any compensation, so I operate now from home. I have a taxi driver who pick me up a morning time, and whatever can hold in the Probox I take out. I'm on the road side, but I'm still giving."