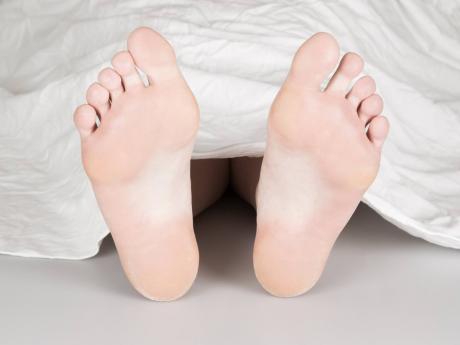 The St James man who reportedly drank gramoxone after his relative confessed to killing his (the relative's) babymother, died in hospital on Wednesday.

The deceased has been identified as 44-year-old Basil 'Pancho' Fisher of Roehampton in the parish. He died after spending little more than a day in critical condition at the Cornwall Regional Hospital.

Fisher drank the chemical after his relative, Jeconiah Dixon, had confessed to killing his girlfriend and then dumping her body on a dirt track in the vicinity of Westgate Hills in Montego Bay.

"I don't know what could have drove Pancho to committing such an act," said Hyacinth Malcolm, Fisher's mother. "Nobody don't kind like a him. Anything mi ask him for, him try fi give me, and even the little pickney dem him kind to. Wen mi go up a hospital and sit down beside him bed, mi sorry seh him could not talk fi tell mi what really happen."

A senior police officer told THE WEEKEND STAR that if Fisher had not committed suicide, he would have been under investigation.

"We still cannot say directly that Fisher was directly involved (in the killing), but based on what the police have been told so far, if he actually assisted in dumping the body of the woman, he would have also been implicated into the murder," the officer said.

Upon visiting the community yesterday, persons were still in shock.