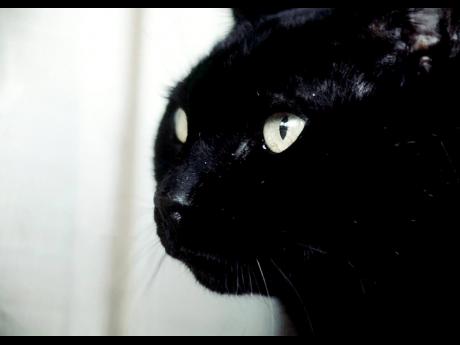 Many people believe that Friday the 13th brings bad luck, and Sevina was one of them.

"Growing up, I was hearing that Friday the 13th was a bad luck day and lot of bad things happen on that day, like more accidents, more deaths, more fights, more quarrels, all that stuff. Even when I was older and I owned my own business, my customers and friends would say that one should be cautious on that day because bad things happen," she said.

She told THE WEEKEND STAR that things changed when she got pregnant with her first daughter.

"Her brother, who was born on the 13th of July some years before her, was telling me that she was going to be born on his birthday. But I was not even paying attention to that. I went in the hospital on Thursday afternoon but she did not come 'til Friday morning," she said. "I didn't realise it was the 13th until her brother called and said that his sister born on his birthday and that was when I realised that it was Friday the 13th."

All the bad things that Sevina heard about the date changed the moment she laid eyes on Olivia.

"When I looked at her and I see that she had 10 fingers and toes and her eyes are in the right place and her nose was in the right place, in that moment I said that it (Friday 13th) means nothing because if I had a child like her on this day, it is no bad luck, it has to be a blessing. Whatever I was hearing during that time from customers and friends all that went through the door," she said.