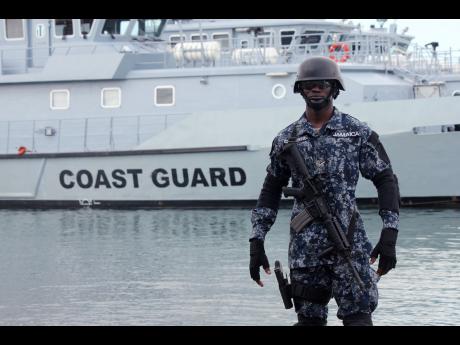 A fisherman who was found suffering from decompression sickness following a dive on Goat Island has been rescued by soldiers.

The JDF said that Lee was diving at a depth of about 80 feet of water, for about 45 minutes using four dive tanks of air. The fisherman started to show signs of decompression sickness and was transported to the JDF CG base at CAGWAY, Port Royal. Coast Guard medics responded by providing Lee with oxygen before rushing him to the Kingston Public Hospital for treatment.

Major Basil told The STAR that soldiers are trained to make interventions like the Goat Island rescue.

“It is part of our duty, especially at this time of year when we have the hurricane season, you find that a number of fishermen going missing or getting into difficulties, so this is right up our alley,” Jarrett said.