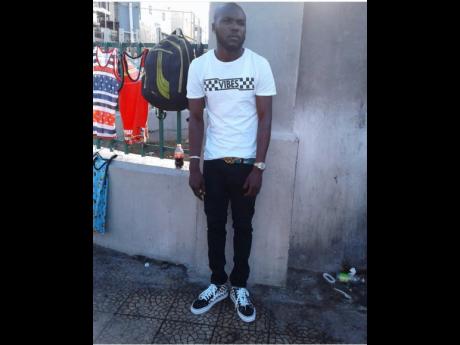 Just a week after celebrating the 100th birthday of their patriarch, Albert Lynch, a St Thomas family has been plunged into mourning after a family member was murdered.

Family members said that Taylor, who lived in Kingston, was last seen alive about 5 p.m., Wednesday. At the time Taylor said he was on is way to do a tinting job on a motor car.

The Corporate Communications Unit of the Jamaica Constabulary Force said that Taylor, 34, late of a Lindsay Terrace address in St. Andrew, was shot and killed on Brooks Level Road, Stony Hill, around 5: 25 p.m. on Wednesday. He leaves an 8-year-old daughter behind.

Taylor’s mother, Jacynth Lynch, had to be taken to the Princess Margaret Hospital for treatment after she collapsed, having been told of her son's demise.

Toni-Ann Barrett, Taylor's cousin, said their grandfather recently had a bad dream that suggested something bad was going to happen.

“We nuh tell papa anything yet cause him say him dream seh one of him dead relative come fi him and a hold him hand and a carry him weh,” Barrett said.