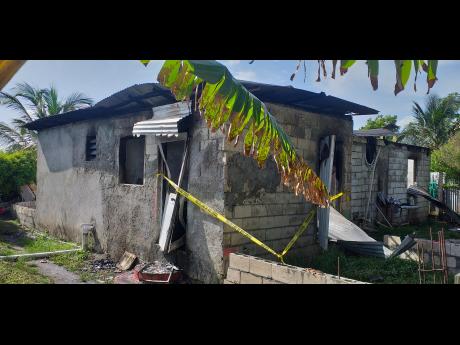 Detectives assigned to the Portland Police are probing the murder of a woman and the subsequent burning of her home on Tuesday night.

The dead woman has been identified as 50-year-old Maureen Johnson of Olivier Housing Scheme, Buff Bay.

Reports from the Buff Bay Police are that about 10:00 p.m., Johnson and her common-law husband had a dispute when she was stabbed.  The police said that the man allegedly set the house on fire.

The Police and Fire Department were alerted and on their arrival, the house was seen engulfed in flames.

The burned remains of the woman was found on the veranda. The scene was processed and the body removed to the morgue.

No arrest has been made.