Scammer gets light sentence in US court 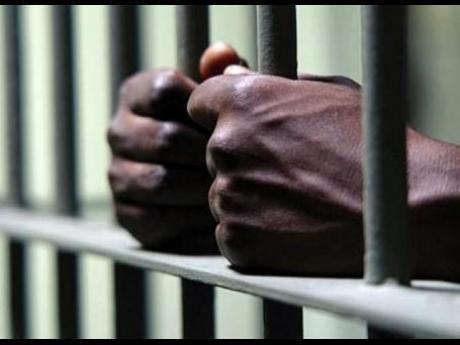 A Jamaican man who was involved in a lottery scamming scheme that raked in US$90,000 or approximately J$11.6 million from April 2014 to September last year has got a relatively light sentence in a US court.

The man, Oraine Gray, 23, who has been described as a major lottery scam player, has been sentenced to nearly three years in a US prison.

He was yesterday ordered by a judge in the state of Indiana to serve 34 months after he pleaded guilty to running a lottery scam that fleeced elderly and vulnerable victims of their retirement and other savings.

According to the US Attorney’s Office for the Southern District of Indiana, the money was funnelled to Gray through associates in the US and Jamaica. The Hanover man also admitted to making death threats to coerce victims into paying taxes and advance fees for lottery and other prises they did not win.

Prosecutors say Gray and his cronies directed their victims to send money to them in Jamaica and the US in order to conceal tracing of the proceeds of the scam. They reportedly masked their identities through the use of various telephone applications and other technologies.

“On one occasion, when a victim located in the Southern District of Indiana did not send the money as requested, the defendant [Gray] threatened to kill the victim and her family, and sent individuals to her residence to try and collect the money,” a statement from the US Attorney’s Office said.

Gray, also known as ‘James Cooper’, will be deported to Jamaica after completing his sentence, prosecutor MaryAnn Mindrum disclosed. He was arrested in Hanover last September by members of Jamaica’s Lottery Scam Task Force and was extradited to the US after waiving his right to a hearing.

United States Attorney for the Southern District of Indiana Josh Minkler warned that his conviction and sentence should serve as a warning to others.

“This defendant preyed on these elderly victims in the most despicable way – by taking from them through lies and deceit over a significant time period,” he said.

“Protecting the most vulnerable members of society from these scammers, no matter where they reside, is a top priority of this office. This sentence sends a message that the Southern District of Indiana will go after international scammers, extradite, and prosecute them to the fullest extent of the law.”