Bleaching pill gets results in one day 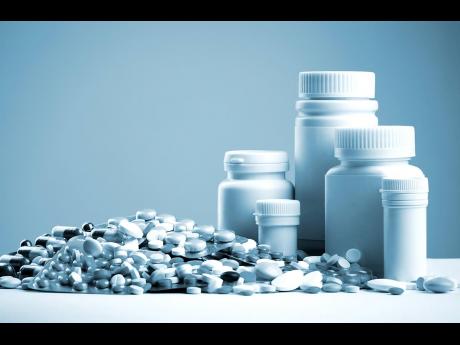 Users of a ‘bleaching pill’ say that it makes their skin lighter after just one day of use.

Jane Brown* said she got introduced to the pill by a friend, but she was cautioned about taking too many at once.

“Mi fren seh mi nuffi tek one whole heap because it wi eat out mi belly. Mi love bleach so mi did afi try it. At first him never wah tell mi a weh it sell but mi get it outa him,” she said.

Brown said the pill is sold by one person in downtown Kingston, and not everyone knows her identity.

“If yuh nuh get recommended yuh caa go to her for it. Fi tell yuh the truth, mi not even know weh the pill name, mi just go to har and tell her who recommended me and she know what I wanted,” she said.

Brown told THE WEEKEND STAR that she was sceptical about the pill but because of her wanting to be lighter, she took it.

Brown, who is in her 50s, said that people would often tell her to stop bleaching and she should love herself. But to her, bleaching and loving herself are not correlated.

She said that the day after she took the pills, she was pleased, as they did exactly what her friend said they would.

“Mi nah lie, the pill bad. Mi tek it and go a mi bed and as day follow night, when mi get up, mi brown you fret,” she said.

Brown, whose complexion is close to white, said she was born dark-skinned and many of her friends can’t recognise her now.

She said that for the past two months, she has been taking the pill and it has not done any damage.

“Mi nah lie, this better than bleaching cream. It bad. Black, black me, white like chalk. Mi nuh tek the pill dem every day, mi tek dem like once a week. Mi stop yah now and a cool off a it for a while but as soon as mi see mi complexion a go back mi a go start take it again,” she said.

HARMFUL TO THE BODY

But Dr Arusha Campbell-Chambers, said that any type of pill or skin-bleaching product is harmful to the body and may cause negative effects on a person’s organs.

She said that as a dermatologist, she does not support any form of bleaching because the more melanin a person has, the better for them as they can be protected from harmful diseases such as skin cancer.

“I am not sure of which pill they are taking, but the fact that they are being cautioned that it will eat out your insides tells you that they know they’re playing with fire. A lot of the times, we don’t know what are in these products and it may cause damage to the liver, kidney and even belly problems. As it relates to overnight bleaching, it is hard to believe,” she said.

John Black*, who introduced Brown to the product, said that he knows many persons in his community who are taking he pill and they are loving the results.

He said that he knew of the product for the past two years and he takes it whenever he feels the need to lighten his skin.

“A mostly man tek it bout yah but Jane did come een like she wah beat it outa mi so mi just tell har. It bad still because it wi eat out yuh inside, that’s how strong it is,” he said.