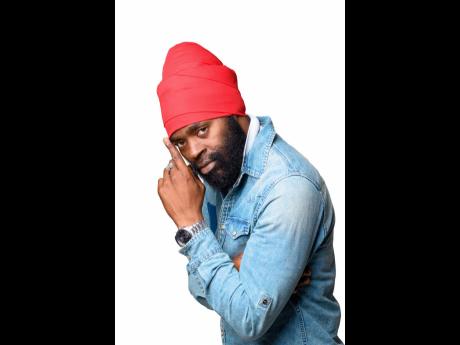 While sharing concerns about the 'dunce culture' becoming a standard for youth, veteran recording artiste Bugle says that he is neither ridiculing nor criticising the young deejays who have made it popular.

"That 'fully dunce' thing is a syndrome but what the artistes who promote it are saying is not lie. It is truth and it is reality; though it might not be mine, or ours, it's their reality and it is relatable because may communities are going through the same energy," Bugle told THE STAR. "It's not for us to say dem a mash up dancehall because some artiste haffi go through the rugged road of the industry to get to the smooth road. Me nah try beat the youth dem or clash with any of dem; we have to love and embrace dem and help dem."

The Anointed artiste and songwriter expressed frustration at the lack of balance as it relates to the content of lyrics being presented in dancehall. He said that music promoting positive messages should get an equal amount of attention.

Bugle said, "Dancehall is out of balance because we are not seeing or hearing enough positive music happening in the space. It cannot be a case where it is branded as negative, negative and negative. Dem a talk dem science and banger phone and whatever it is dem a sing bout, and based on the mere fact that people can relate to it, there will be a reaction, and when everybody combines, that reaction will be a powerful thing. We need the positive to get that same reaction deh."

Bugle provides a contrasting perspective with his latest single Fully Bright. He deejays, ' Wise up, youth rise up, if yuh fully dunce, gwaan guh bright up, when you get a contract, how it a guh sign up' to affirm reasons people need to invest in an education.

"That new artiste that deejay say ' Inna di back of the class, and nah nuh subject', does he sound like a 'fully dunce' artiste to you? No, he is not. And I don't want Laila-Rei, my daughter who is 12 and weh just start high school inna September, or my nine-year-old son, Bradley, to think that 'fully dunce' should be the norm for anyone. I pick both of them up from school every day and sometimes reason with them about my own lyrics to hear where their mind is," he said. Bugle said that he didn't want anybody to misinterpret his song.

"Me a mek di youth dem know say even if you is a crook, don't deny yourself a basic education. The money people a hustle, use it and educate yourself because the reality is if you reach into a situation where you have to hire a lawyer, you want to be able understand your case and the real cost of it too," he said.

He said that the idea for the track came out of a conversation he had with people within his circle about the issue plaguing the younger generation of artistes and their listeners.

"The music I produce has to be clean because it will directly impact my children and I want them to be able to listen to it and not have to say to them 'Come out the studio' or say I can't record something at a particular time because they are present," he said, adding that a video with Warrior Films for the track is being done.