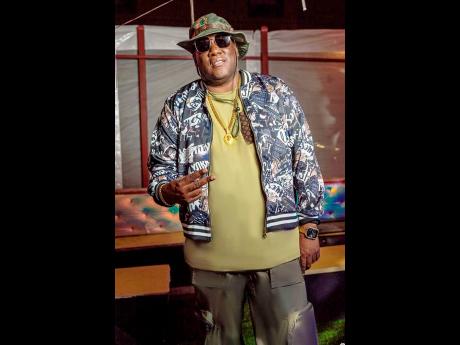 Edley Shine is closing out a musically charged year with the release of his new song, Active, which explores dancehall's trending trap sound.

Edley Shine leaned on some elite producers to curate a song which he thought would appeal to his core dancehall audiences.

"When (producer) Baby Ace sent me the beat, I knew this was my call to take it back to my dancehall roots, while appealing to a new generation of music lovers," said Edley Shine. "I also wanted the record to have my signature sound, so that globally it could become an anthem in its own right."

Active is accompanied by a vibrant video, which was filmed in the Washington, DC, Maryland and Virginia areas by Lapography, a frequent Edley Shine collaborator.

Edley Shine is one half of the renowned Born Jamericans music group, who appealed to worldwide audiences with their infectious brand of fused reggae, dancehall and hip hop. As a solo act, he has released numerous singles, collaborations and 'refixes' with DJ J Buttah. During the pandemic, he released the six-track EP Based on Talent.

Among his most recent releases are the Latin-driven D.R. Lova with Karlex Pit and Musick, which amassed more than 250,000 YouTube views, and My Lady, which he did with Brazilian stars Sorry Drummer and Filiph Neo. That single has garnered 100,000 YouTube views. My Lady was filmed on location in Medellin, Colombia, amid Edley Shine's performance at the Rose Festival.