Just ‘The Beginning’ for Kashna 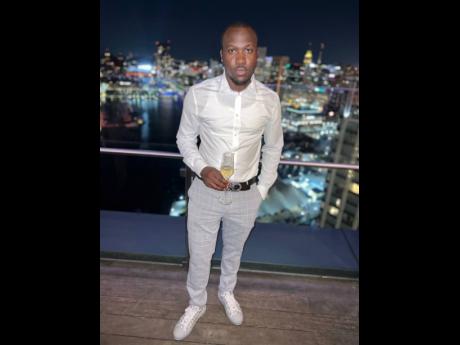 New York-based recording artiste Kashna believes his debut EP, The Beginning, will make its mark in Jamaica and the international scene.

"It's my first EP and I am introducing myself to the music industry and leaving a message to my kids about what the world has to offer, and also representing for everyone who didn't get to express themselves," said the artiste, whose given name is Krishna Haye. The EP, which consists of seven songs, was released on September 10 on all digital platforms.

Kashna, who hails from Westmoreland, looks up to artiste like Kranium and Dexta Daps.

"They're living proof that dancehall is bigger than just Jamaica. They took dancehall music to higher heights, different cultures and different ears. Their music helps install ill joy and good vibes, rather than intimidation and fear," he said. As for international artistes, he is a huge fan of rap mogul Jay-Z.

"He is a humble soul, he delivers great music. I admire his business acumen and how he manoeuvred through the music industry. The blueprint he set is one that I intend to follow," said Kashna. As for his future in the music industry, Kashna has big plans.

"Over the next couple of years I see myself with a core fan base, delivering great music with a structured team and upward musical career," he said.

Kashna attended Manning's School in Westmoreland, where his love for music grew. His musical path was influenced by his father, disc jockey Show Max, and his recording artiste uncle, Unknown Di Boss.