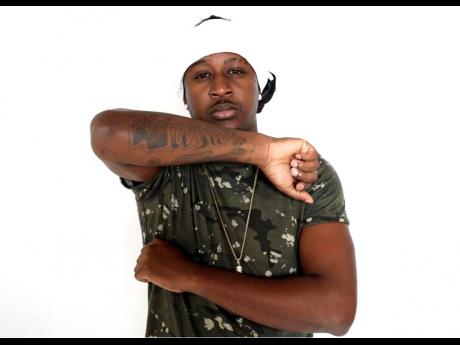 Singjay Navino said his career growth was stymied immensely following the murder of his manager, Patrick Samuels, more popularly known as 'Roach', in 2013.

Navino's career appeared set to take off after he signed a record deal with JA Productions in 2012, under the wings of Roach, who was the label's co-owner. However, following the murder of the dynamic producer, Navino's rise came to a halt.

"After Roach died it had an effect on my career because he was my manager, so after he died I started managing myself and putting out the work, but I'm mostly overseas," he explained.

He also explained that he did not want to rush the process because he "wanted to put out a project that makes sense that even the producer has interest in, that's why the delay has been that long, but I prefer late than never".

The singjay, who is best known for Chilling Time, on the 'Overproof' rhythm, said the release of his debut EP, Win, will signal his resurgence. Navino has collaborated with Dunrich Entertainment to record the project and is now eager to have it released, though the date has still not been finalised.

The artiste said that the project will have six tracks, adding that "it's about dancehall music, but will be a mixture of everything". The first single from the new project is titled Legacy, which was released in February. Navino explained that the song " is about elevating yourself preparing for the future ... let's get straight to the point, save and invest some money".

Samantha Richards, a representative of Dunrich Entertainment shared the label's rationale for teaming up with Navino.

"Firstly, Navino is a very talented artiste. So we are working with him now to put him back on the forefront of musical platform. Talented artistes need to be given more recognition," she said.