Lusion leaves everything to ‘Time’ 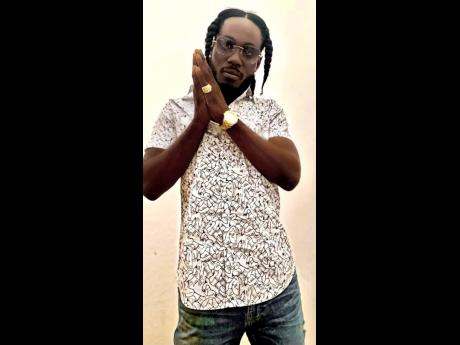 Dancehall artiste Lusion is banking his hopes on his latest single, Time, which will be released in June on the Assignment rhythm.

The song is based on a real situation where he was arrested and detained by the police.

"I've been around people who have had to resort to such desperate actions in life. I can remember having conversations with them and the sentiments shared in the song is what they live by. They prefer to do the time rather than be a victim of the system," said the artiste. "It [being detained] is one of my most uncomfortable experiences. It's not something I'd like to repeat, but like I said, I prefer to do the time."

The artiste, given name Adrian Allen, shot a video for the single which will also be released in June. This song is a far cry from the singles he sang in his youth.

"While I sang gospel, it was mostly covers. However, when I write, it is always these kind of songs. I thought I was stifling myself by only doing covers and decided to put me, what I write, how I feel, out there," Lusion said.

Hailing from Hanover, Lusion first showed his talent at age nine, singing at a friend's church. He wowed the community and would often accompany his mother, a deaconess, performing all over the country in different churches and at events. At the age of 12, he executed his first solo appearance at a church event singing gospel.

Lusion decided to pursue music professionally after he completed his schooling at the Herbert Morrison Technical High School in St James.

He has secured airplay from a number of local and international radio stations for his songs Big Dreams, Gunman, Never Feel Like and One Step. He plans to release an EP later this year on the Starzplus Music Label.