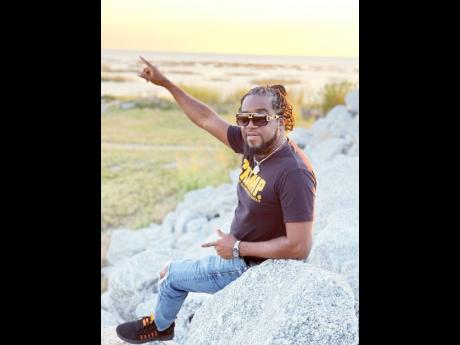 Dancehall singjay Little Hero is taking a look at the state of the world in a track fittingly titled World Right Now.

"It (the song) looks at a lot of the issues in society and things that need to be changed, as well as things we should be grateful for," the artiste explained. The single was released last October and was produced by Pandemic Records. This was Little Hero's first time working with the label.

"The connection with the label was made through DJ Lawd from Roses FM. He introduced me, and from there we formed a great connection and started to work. When I heard the song, I fell in love with it. There's a nice, cool sound that the youth of today would really gravitate to," he stated. Since its release, the sentiment has been that the track is a relevant message and the artiste has high hopes for its success.

"I hope this track will go number one in the music industry after a while, because it's a really good track and I hope my message spreads to all corners of the world. We're working towards that, so I'm just hoping for the best," he expressed.

In the industry for over a decade, Little Hero thrives on uplifting messages over sweet melodies, creating relatable tracks with which listeners can identify. His past tracks include God Alone, Blessed Day and Straight From My Heart.

With much more in the works, including the development of his Ocho Rios-based label God Alone, Little Hero said that he is getting stronger musically.

"I have an upcoming album called Little Hero Journey Continues. I also have a tour pending, so I'll be doing a few live shows soon and, of course, more work with Pandemic Records," he said.