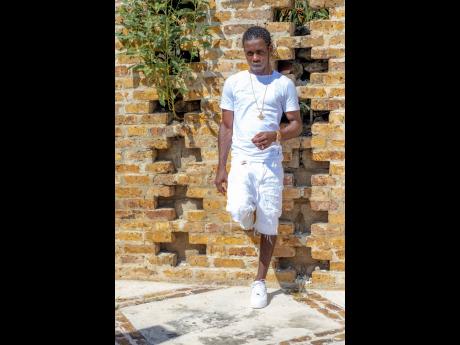 St-James artiste Kahma says that he has always believed that once an artiste has good karma, positive outcomes will follow. And that is the strategy he has employed for writing and recording music.

He has stayed away from recording aggressive music and songs that rely on gimmicks to promote his brand.

"That's not me but if it works for the artistes that are doing it, then keep doing it until ah your time," he told THE STAR. "I sing relatable music that will make my fans always want more and my strategy is just to keep doing better than my previous recording or performance. This is my destiny, and it will all fall into place."

Kahma said that the only aggression he is displaying is showing he has the talent and drive.

"My style is evocative; it is conscious, yet fun. This has caused me to garner a following, especially in St James and I am confident that this same flow will take me places as far away as say Azerbaijan or Australia. My sound is crisp and clear and I am confident that as I grow my fan base, my lyrics will also grow to reflect their realities," he continued.

The artiste, whose given name is Nathe James, said that he had his first breakthrough in 2020, with the release of his seven-track EP titled Where It All Started. He is looking to repeat the success of that project, produced by Colin Kavanagh of One Kush Gang Entertainment, by remaining focused and consistent.

To date, Masterplan, one of the tracks from the EP, has been getting good feedback and the music video gained more than 32,000 views on YouTube. Kahma said that he does not buy into negative thoughts and is adamant that giving up will never be an option despite the difficulties.

"I am reminded that it nuh tek one day fi be great, but one day mi ah guh be great. The past two years have been good for my career," he said. "Following my break in 2020, I am looking to build on that in 2022."

He also wants to become a mainstream reggae-dancehall act, and is already strategising about accomplishing this goal by spending time in the studio. So far he has recorded several singles that are slated to be released in the upcoming months.

" Masterplan was good because it showed my flow and lyrical versatility. I want it to become mainstream but there are other songs waiting to be released and I hope to start doing some live performances this year to audiences in Jamaica and then Jamaicans in the Diaspora. From there, I plan to reach global audiences. The sky's the limit for me," Kahma said.