No such thing as appropriation in 2021, says Beach Boii 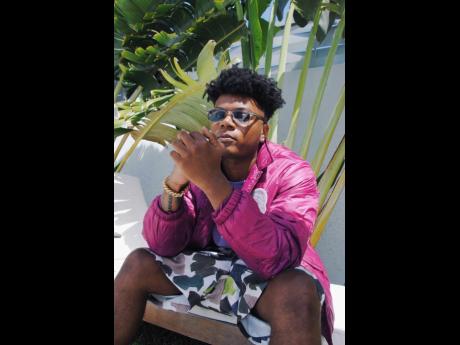 International pop star Beach Boii said that he does not believe that there is cultural appropriation in the global music industry.

He told THE STAR that the concept is made up, "because people want to control or impose their beliefs on people".

Beach Boii, who is of Jamaican and Vincentian background, shared that he does not focus on the debates about appropriation versus appreciation because as a US-born entertainer with Caribbean heritage, he is used to cultures being a blend of many different countries.

"If we think about it, hip-hop has been said to come from Jamaicans who settled in the States. Now, we have dancehall artistes doing music like what is popular or was developed in the US. Everything comes in full circle, down to the food. People can say curry in Jamaican food is appropriated if they wanted to, but it isn't. It has always been about adopting and adapting, and making something part of your culture," he said.

"There has to be appreciation because as an artiste, you're not gonna do something unless you appreciate it. Sure, there are people who do things for opportunity and maybe don't do it right, but I feel like if you're not feeling it in the first place, it's just not gonna work."

It is partly the reason Beach Boii describes his music as 'world music'. He has been working hard to make connections with local acts and others across the globe, so that he can blend his style with theirs.

Beach Boii's breakthrough single, Rude, was listed as the number seven dancehall song by US-based entertainment company BuzzFeed. So far, he has earned the respect of Vybz Kartel, who is featured on the 2020 remix of Beach Boii's single 2 Cold. Beach Boii's latest collaboration is with Ding Dong, a single titled Up Down.

"The music I was raised on was a mixture, and as far as dancehall, I believe more energy should be put into unity, artistes joining together and doing bigger songs, to change the stigma. The Latin and African markets are being heavily influenced by Jamaica's rich musical culture even more in 2021, so play off that energy and let people see a more unified front," he said.