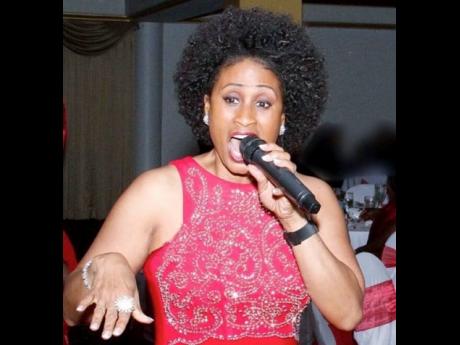 Before migrating to South Florida 25 years ago, singer Novel-T was a regular performer in pageants and on the north coast tourist scene.

With a succession of number one singles in her adopted home, she is looking to get familiar again with 'yaad'.

Novel-T, who is from the August Town/Hermitage area of St Andrew, topped the South Florida Foundation Network Chart last year with Love Won't Let us Wait (with Peter G) and Keep it Moving. She went number one on that list for the first time in 2019 with Tough Like A Diamond, but wouldn't mind making a similar mark in her homeland.

"Being a native daughter of Jamaica, it would obviously mean a lot to me to have more exposure on the major outlets in Jamaica which would result in the general public becoming more aware of my works and my name. It's natural for anyone to want to be accepted and embraced a yuh yaad even if you are famous abroad," she said.

Love Won't Let us Wait was produced by Hopeton Lindo while Keep it Moving was done for Howard Perry, Novel-T's husband with whom she operates the P And N Publishing Company. Tough Like A Diamond was produced by Chyna Nicole for the all-female Queens In The Arena compilation album.

Prior to launching her recording career in 2012, Novel-T did the show rounds in Jamaica and South Florida. Along with Tommy Ricketts, she was part of the 1991 Festival Song Competition roadshow and Miss Jamaica World finals, also in that year. In Florida, her credits include background vocals for acts like Bob Andy, Andrew Tosh and former Inner Circle singer Calton Coffie.

Novel-T plans to release her first batch of songs for 2021 in April.