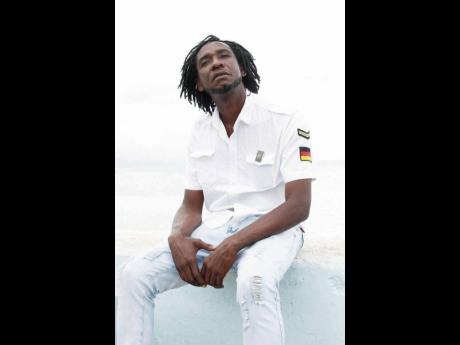 Dancehall singjay Iyah Syte is celebrating a new milestone this month as his single, Warning, has racked up an impressive 50,000 streams on the popular Spotify streaming platform.

The song, a remix, was released by 24/7 Music Productions in January, and jumped to number two on Spotify's release radar. While on pre-order, it went to number one on DJ Cat's top five chart in the UK, and has been featured on a number of playlists in Canada, the US and Europe.

"Nothing happens before the right time. It's just a lot of good vibes right now, plus I have a new collaboration with Lutan Fyah that has 25,000 more streams, so I am really feeling great," Iyah Syte said. "It's as if things were aligned for this song to do well. It is an uplifting, conscious song which encourages youths to think before they act. It says, ' Think before yuh tek up yuh nine because the hottest part of death is not who dead but who yuh lef behind'. That is a message that I want to resonate with the youth."

According to statistics compiled by the police, 212 murders were recorded islandwide between January 1 and February 22. This represents a six per cent increase over the corresponding period last year.

In the meantime, Iyah Syte is preparing to release a battery of new songs, such as One Life and When You Love. He also has a collaboration called Finally Found with the group KRISIS, which was produced by 24/7 Production and Smart Kid Record.

Iyah Syte completed a full album in 2006, but it was never released. He plans to rectify that when he releases a full-length album in May this year.

"The album will have 15 tracks, a combination of dancehall, reggae and world music. I have been promoting my singles on my Instagram Live and the feedback has been positive," he said.