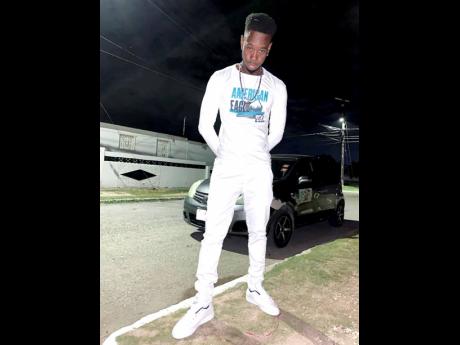 In-between operating his used car company and designing artwork for clients within the music industry, Orlando McLean is also attempting to race to the top as a recording artiste.

Going by the stage name Veli, the entrepreneur said he is finding his niche as one who can switch between twisting catchphrases and harmonising over any type of rhythm that is presented to him.

"Following the completion of my tertiary education, earning a degree in business administration, I figured I would invest in another one of my passions - I had more time to focus on music," he said. "I recently established my label, Legacy Musiq, because I felt like I was equipped to do my own productions and wanted an official medium to manage my music."

Prior to his journey on to the musical raceway, Veli enjoyed a career as an athlete, involved in various sports. He told THE STAR, "Many persons may not be familiar with me but I went semi-pro, representing Jamaica on the national rugby team, playing for approximately three years. As it relates to track and field, I clocked a personal best of 10.72 seconds running over 100 metres."

Having a business, Veli said, is important to his survival, and furthermore, managing McNation Auto Imports and Sourcing, which was launched officially last year, happened naturally.

"I basically grew up watching the car business; my father has been a mechanic for almost 40 years, I spend my life around cars. Graphic designing is done part-time, most of that work comes in from artistes or their managers who want posters for the promotion of their music. Both my parents have influenced the businessman side of me," he said.

Veli said that although they question his decision to invest in music, they have remained supportive.

"I just remind them that Rome wasn't built in a day, and they are unaware of the work that goes into it. But I can only hope they realise my message is one of positivity, using music as a medium to uplift others."

His first major collaboration, Rise Up, was recorded in 2013 with Canadian hip-hop recording artiste Mad Rappa, who worked with major names like Raekwon and Jadakiss.

Veli shared, "That was the year I started taking the music business seriously and recording professionally."

Currently working on his debut EP titled #Sedspeed-CrownMeKing under the Fire Royal Records and Legacy Musiq labels, Veli is promoting the single Spotless, which is set to be released later this month along with the music video. Celebrate Life, which he names as his breakthrough single, was released over a year ago.

Veli was born in rural Retreat, Claremont, St Ann, but moved to Kingston as a child. Currently resides in Portmore, St Catherine.

Action speaks louder than words - Veli does not speak much and may often be misunderstood for shyness, but it's his way of being observant and humble.

Simple and effective - a person who can't stay in one style too long, but likes to make a clear statement.