Another delay in Quada’s murder trial 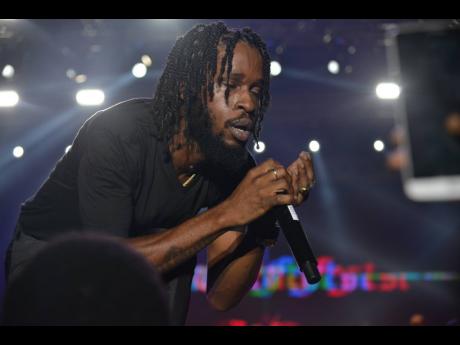 After being declared a suspect in the 2019 mob killing of Sterling Castle resident Miguel Williams, dancehall artiste Quada, accompanied by his lawyer, turned himself into the police a year ago today.

But despite being charged with murder and arson, Quada's fate is still to be determined. His attorney, Bianca Samuels, revealed that her client has made seven court appearances, the latest being on Tuesday, but the case is always being put off.

"He remains anxious to prove his innocence, and you can see it in his face that he is just tired of having to come to court, only to hear another reason why his case has to be put off," she said. "I am not prepared to say any delay tactics are in play because that has some serious implications, but my client is extremely disappointed at the setbacks and is just eager to put this all behind him."

Samuels told THE STAR that her client is expected to make another court appearance in March. The decision was made after he appeared in the Kingston and St Andrew Parish Court in Half-Way Tree on Tuesday.

"A final statement was supposed to be disclosed by the prosecution, but that did not happen even though we were told that it would be ready, and they would have had between November and Tuesday for that to have been prepared. Yet we were told that it was still not ready. We are hoping that come March, all goes well," she said.

The deejay, given name Shaquelle Clarke, was granted bail in the sum of J$500,000 after his first court appearance last year. He is accused of being a part of an angry mob that beat Williams before setting him ablaze on April 17, 2019. The act is believed to be vigilante justice for the murder of eight-year-old Shantae Skyers, a student of Red Hills Primary School.