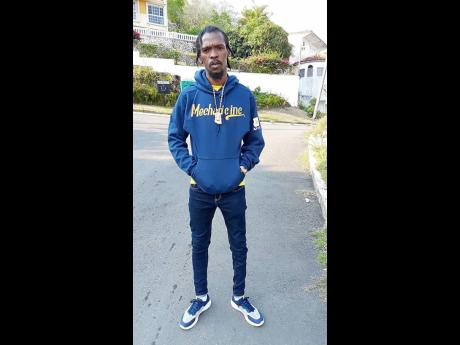 Producer of the Glory Street and Planet rhythms, Hilu, is reflecting on the 15 years he dedicated to the music, though most of them were spent working behind the scenes.

He says that growing up, the sounds of Capleton filled his home, as both his mother and grandmothers appreciated the artiste's music and it was a dream to meet the reggae veteran.

"I took up myself around 2005 to go around Capleton studio, with the thinking [that] I am going to meet him," said Hilu, given name Paul Fletcher. "At the time I was just considering to do music, not sure how it was going to work, and I had my ups and downs."

The 38-year-old producer kick-started Loyalty Music with a few associates, but said things "fell through because of creative differences; it never feel right".

Six years ago, he set out to reach the stars with Sky Heights Recordz, and. since then, has been determined to put out an impactful record.

"The Glory Street riddim in 2019 opened some windows for me. Di artistes weh voice on it, M-Gee, Noah Powa and Zizi 6ix put a collaboration together that really and truly reflect my thoughts of the music business," said Hilu. "Honestly, nuff people deh 'round me have turned into enemies, but I don't think on the negative but let it be my motivation. The challenges mi overcome is knowing who supportive from who nuh supportive. If anything I learn is that loyalty pays off."

He said the most recent production with Capleton, titled Talk Dem A Talk, is a result of their loyalty.

"After so many years, is actually the first time working with him. I wish other younger producers would take something from what I am saying," he said. "Instead of paying attention to the hype, not that dem muss wait forever, but some don't have dem qualities deh."

Talk Dem A Talk, which has amassed 24,000 views after three weeks on the Sky Heights Recordz's YouTube channel, was said to be recorded the same day the entertainer got the news that his mother passed away.

"She was a good woman, and though the song not related to anything like that, Talk Dem A Talk is a blessing. To the artiste, and, equally, to those involved in the production of the track, it holds great meaning. This is not a competition, it is about prosperity and spiritual richness," he said.