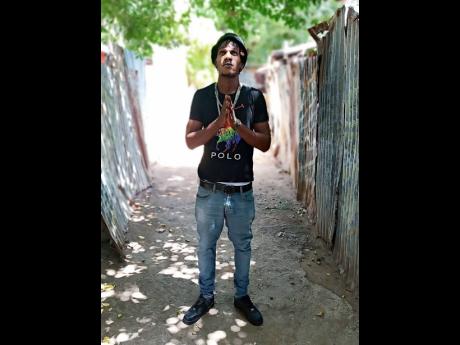 Dancehall up-and-comer JLyrixs believes that there is a lack of songs paying tribute to community leaders and individuals that contribute to Jamaica culture.

The artiste, coming off a high with his last release Why Freestyle, says he plans to satisfy the needs for more music that speaks to local heroes.

JLyrixs commends those making music that mentions heroes by name, but says that "Is not just another 'hero' song we need, there must be more songs that define and educate the youths about what makes a person a hero".

He continued: "It should be coming from artistes who are coming up and it should encourage the people of our country and, by association, the world, to stand up for their rights, communities and countries while adding good vibes through music."

The artiste's new single, Hero's Definition, has been recorded for almost one year, as the vocals were done in studio last November. JLyrixs and videographer Rohan Edwards matched the track with an adrenaline-pumping music video of him running in a cane field in St Ann, where he grew up, and climbing through small ravines in the Blue Mountains.

"He (the character from the video) is a representation of me, determined, prevailing, high key emotions and sometimes a mystic force; that's how I even got the name Jah Lyrixs but, since getting serious in 2015, decided to change it to JLyrixs," he said. "I think I have found my purpose; experiencing the loss of my mother at 14 years old when I had just started out on my path to do music ... . People have also tried to hurt me, but I stay focused and conscious. People must find dem purpose before anything else. Also, it don't make sense sing praises to people when they die if they didn't try to recognise their impact."

While the clean version of Why Freestyle is currently the most popular on the artiste's Vevo channel, with more than 10,000 views garnered, the Jacques Road-based artiste has been getting support from the dancehall community with singles So Special, Dem Alone and Catch Who Catch Can, which he transformed into a dub for Jamaica Labour Party candidate for St Andrew South Eastern Kari Douglas during the 2020 general election campaign period.

In the latest release, JLyrixs breaks to say, "I just want to say I apologise to my fans and friends," but explains it was not specific to any specific act.

"I just want people to know that I am alive and well; for them to take the time to give a listening ear, hear what great messages JLyrixs is adding to the music like Hero's Definition, songs released before this one, and what's coming after. I know I am still young, but I want to inspire my generation and the elderly," he said.