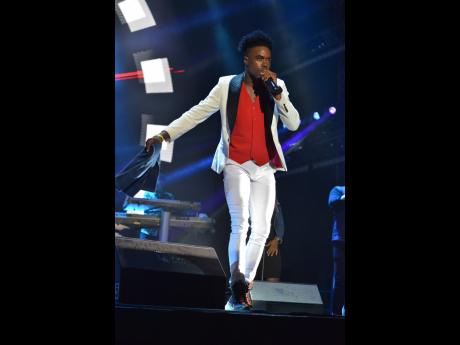 Glenroy Murray, director of strategy and impact at the Jamaica Forum for Lesbians, All-Sexuals and Gays (J-FLAG), says the organisation does not expect singer Dalton Harris to quickly become one of its advocates. Harris, the UK's X Factor in 2018 winner, shared on Twitter that he identifies himself as pansexual, a term that refers to people who are attracted to other people of any sex or gender identity.

The J-FLAG representative reasoned that "everybody goes through different journeys and it's hard to say how a public figure deals with it." He said that "like we do for any member of the community, J-FLAG is ready to provide support and information".

Harris admonished homophobic remarks in 2018, after an image of him sitting in the lap of Brendan Murray, a fellow male X Factor contestant, circulated social media. "I will never ask for acceptance from anyone that struggles to accept me in the slightest bit," Harris said in the post.

Murray told THE STAR that "Dalton taking this step to share with the rest of the world who he is --not that he has to because no one has to come out -- we celebrate him because he deemed it an important stride in his own journey of self-acceptance".

Dancehall entertainer Pamputtae, who has performed at Pride JA events, is urging persons to not to discriminate against the X Factor winner.

"I hardly paid attention to Dalton's announcement. I know I support him because he is a Jamaican, a grown man who is entitled to live his life how he wants to. As long as he is comfortable then by all means. We should just focus on talent, and with that said, Dalton gets my full 100 per cent support," the Cyaa Style Me singjay said in an interview with THE STAR.

Harris created a stir last week when he shared on Twitter that he has been struggling with suicidal thoughts following a break-up. The thread, which started on Thursday morning with Harris saying, "I had a deep realization last night. The only reason I didn't take my life today is because I spoke with God and I decided to make the biggest change I will ever make in my life. I want to live my life not running away from pain inflicted on me or the pain I inflict on anyone,"

Further down in the singer's post he wrote: "Today I am deciding to change my life. And live better. And sharing this is the first step because it was hard."