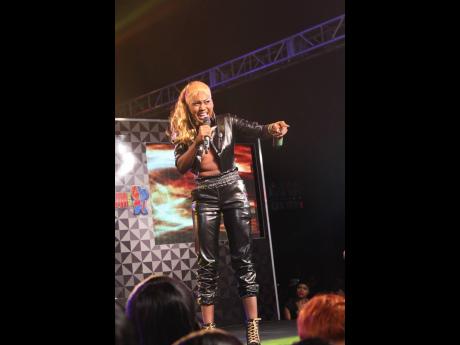 Candy K competing in the 2014 edition of Magnum Kings & Queens of Dancehall, which she won. 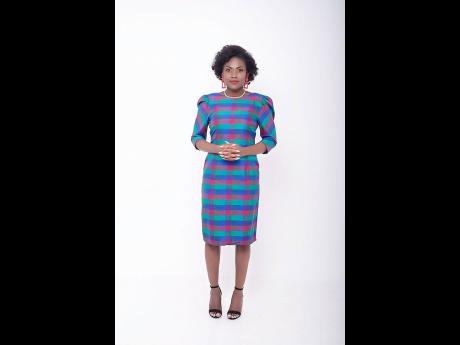 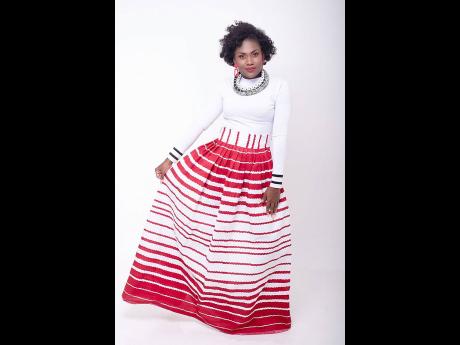 Candy K was 18 years old when she won the Magnum Kings & Queens of Dancehall title in 2014. With that victory, the entertainer secured one of the best platforms from which to launch her musical career. She had plans to conquer the dancehall space and take her place among the 'baddest' in the industry, but she would soon find out God had other plans.

"I was having some really weird dreams leading up to me becoming a born-again believer, some very disturbing dreams that were prompting me," the woman whose given name is Kadyah Thomas said.

She continued: "They were telling me that 'Listen, you need to check yuhself and get connected to God', and one Sunday I found myself going to church. That day, I visited with tongue piercing, ears full a earring, bright red hair, and little did I know that was the last of Candy K."

That was nearly four years ago. Since then, the once-aspiring dancehall artiste has shed the name Candy K. She now goes by the moniker Candy Purpose as she goes about her mission of spreading the word of God.

"Candy Purpose is a mess transformed into a message to show that Jesus saves. I'm a vibrant woman of God, a worshipper, a warrior, a satan bully, like I always say. In the world, I used to bully people and deal wid di stage a way, now we deal wid satan a way. This is the new me, a recording gospel artiste," she told THE WEEKEND STAR.

Candy Purpose said that although January will mark four years since she's been saved, she only officially started her gospel music ministry this year. "I have a single out now that's called Covered. It's produced by Eubi Records. ... And I know people might be like 'Why one song? What's the hold-up?' But ministering the gospel is totally different from the secular," she said.

"When you write from the spirit, it should be Holy Ghost inspired, and so I have to exercise patience and allow the Spirit to lead."

Candy Purpose says she has not been doing intensive promoting of Covered, adding that she takes her cue from the Almighty. "Sometimes it will cause you, without an explanation, to just pull back a bit and get some groundwork done, and so that's what I have been doing. I have been working on stuff.

"Still, despite not pushing as hard as I could have, I would be lying if I told you that none of those expectations I set out for the song weren't met because they were indeed met, and I am just giving God every glory. Bigger better things are coming."