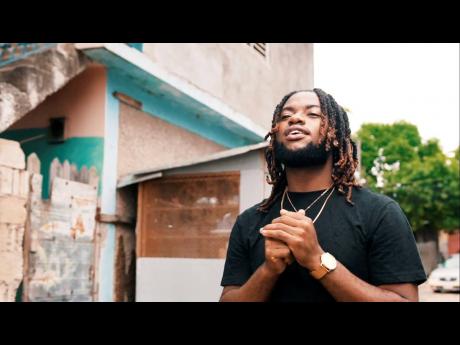 Because his latest single, Jah is in Control, was inspired by his personal struggles, it was important for singer/musician Answele to deliver a video that would capture the song's essence.

Since its release a week ago, the video has racked up more than 15,000 views on YouTube.

The video was shot on location in Waterhouse in St Andrew, sections of St Catherine, as well as the Martha Brae and Benegal rivers in Trelawny. It was directed by Bussweh Visuals.

"The overall concept of the video is to let people know that Jah is in control. When you truly believe and put in the hard work and stay humble, he can, and will, get you out of your struggles and troubles," he said. "The river represents staying simple, true and pure. Humbleness. The ghetto is the struggle. Not everyone's struggle is a 'ghetto', but everyone has struggles, so you just have to hold the faith and keep moving." Answele said viewers love the vibe and the natural scenes of the video.

"I enjoyed being in the river. It's a place I feel free and connected to the Most High. I also enjoyed the genuine love and support I received in the community. People were really feeling the song and I love that. It signalled that I am on the right track," he said.