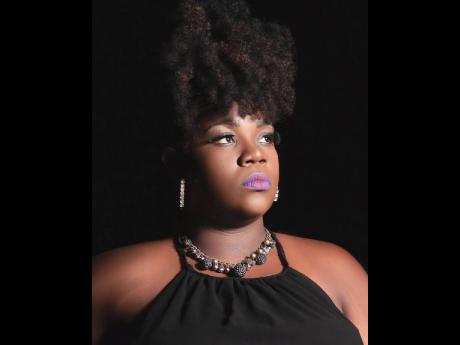 The outrage stemming from the news that none of the three officers involved in the death of Louisville medical worker Breonna Taylor was charged with her killing is being felt by many persons across the world as protests continue across the US.

Locally, singer Trudii Harrison, who has been following the Black Lives Matter movement, is calling for more music that voices the struggles of black people.

"We need more black artistes to stand up against issues like racism and police brutality," Harrison told THE STAR. "Although a lot of the cases we have been seeing of late are happening in the US, it is real, and issues relating to police brutality are very common in Jamaica."

Last June when the Black Lives Matter protests peaked with demonstrations over the death of George Floyd, several recording artistes, both international and local, voiced their frustration. Several songs were inspired by George Floyd's case including Harrison's Black Voice.

"When I was writing the song, I had just received a rhythm from my producer, Cliff Manswell, and thinking what I can sing on it. It was around the time the video of George Floyd circulated. I sat in awe, crying at him saying 'I can't breathe', and the words came to me," she said.

Harrison,who has worked in Jamaica's hotel and tourism sector as a band singer since 2012 and cabaret performer since 2013, says the same feelings have resurfaced, having heard the Taylor verdict. The grand jury decided to indict only one of three officers on first-degree endangerment charges, which applies only to the risk put on Taylor's neighbours.

She said: "I feel disgusted, to be honest, because the verdict means her life meant nothing to them. The judicial system did not see it fit to charge any of them, and it shows our voices are not being heard enough. It can't just be another case of a black person dying in police custody or at the hands of law enforcement. Even though there are many songs out there, I strongly believe the more voices, the more people will listen to our cry."

Black Voice is featured on a seven-track rhythm EP, which will be released on October 9 with the subtle yet appropriate title: The Message.