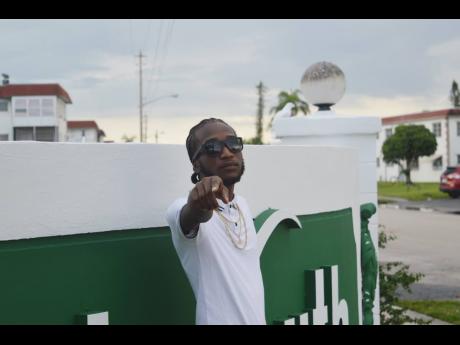 Produced by No Folly Entertainment, the project was officially released on August 29.

"The Tweak The Summer Tape is basically all the studio work that was put together over the summer, with our flavour," he said. Two months in the making, the mixtape contains 19 tracks that are mainly centred around dancehall, with sprinklings of reggae and trap. The project has been gaining popularity.

"My fans really relate to my music with a lot of positive feedback, saying it gives them futuristic, entertaining, educated vibe," the artiste expressed.

G3n3xgy has been in the game professionally since 2018, although his relationship with music dates way back to his early teenage years.

"I'm a streamer with a great work ethic, so I try to keep my fans entertained every month with new releases," he said. Living up to that ethic, 2020 has been a big music year for the artiste, starting with the Gi Dem 20 album which was released in May. His follow-up album, Te Amo, has garnered more than 500,000 streams on Spotify since its July release.

G3n3xgy is looking to release another EP, titled Big Money Laugh, this month.