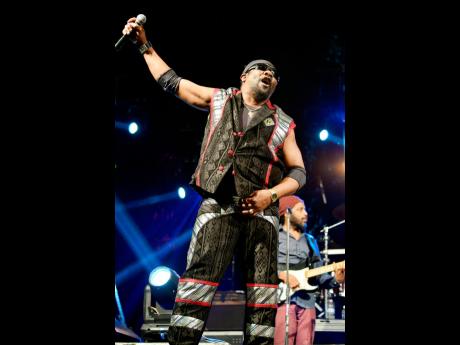 A blanket of sadness continues to linger over the music industry as the space struggles to come to grips with losses.

Hibbert passed away at the University Hospital of the West Indies after being placed in a medically induced coma at the start of the month.

Since news of his death emerged, tributes have been flooding social media as his colleagues remember a man they dubbed a true pioneer of reggae music.

Beres Hammond, in a heartfelt post on his official Instagram page, shared that Jamaica has lost a "one of the head cornerstones of Jamaican music".

"We give thanks for your immense contribution to our music and our culture. A true originator in your own right and the PURE definition of what a pioneer is," a part of his post read.

In their post, Grammy-winning reggae group, Morgan Heritage, called Hibbert their "uncle" and said that as they reflect on his tutelage, his death feels "unreal".

"Rest well in Zion Uncle TOOTS! Know that Daddy @rasdenroymorgan and us will never forget your name, legacy and contribution to our genre and our career. May your name live on for the ages! We love you and will miss you dearly!" the posted.

In his post, Ziggy Marley revealed how grateful he was to have got the opportunity to tell Hibbert how much he meant to him a few weeks ago.

"We laughed and shared our mutual respect. I am fully in sorrow tonight. I will miss his smile and laughter, his genuine nature. @tootsmaytalsofficial was a father figure to me. His spirit is with us, his music fills us with his energy. I will never forget him," his post read.

Creating a road for me

Dancehall artistes also paid their respects via Instagram, including Popcaan, Bounty Killer, Agent Sasco and Spice. In her tribute, the Queen of dancehall thanked the late singer for paving a way for her. "SIP (sleep in peace) reggae icon Toots Hibbert. Thank you for creating a road for me. My condolences," her post read. Bounty Killer labelled Toots' death as a 'super loss'.

"2020 took so much and plenty. This one is a super loss. Way b4 Bob Marley and Jimmy Cliff he been doing it for Reggae. Salute the great @toots_hibbert. Talk about pioneer, talk about legend, talk about trail blazer, talk about reggae forefather 'Mr 5446! Condolences to the family and friends," Killer's post read.

Hibbert was leader of the band Toots and the Maytals. The band was formed in the early 1960s and was a major figure in popularising reggae music.

Their song Bam Bam, which won the first Festival Song Competition, remains one of the most sampled reggae songs in history. On August 28, Toots and the Maytals released their first studio album in more than a decade, titled Got To Be Tough. It is highly likely that the compilation will receive a Grammy nomination when the list is announced in November.

If it is, it would mark their sixth nomination. They won in 2005 for their album, True Love.