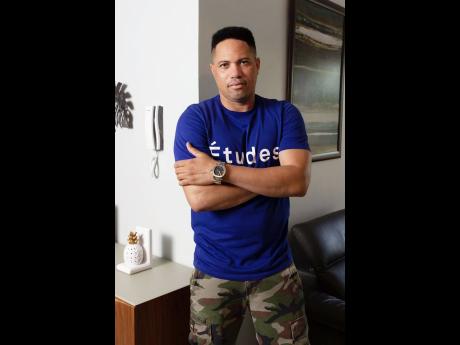 Record producers Bobby Fortella of Flo1 Music and Kimani 'Staxxomni' Smith are looking to release their compilation album, Decade, which features a slew of international and local artistes.

The album sees Fortella dabbling with international genres like reggaeton and Afrobeat. However, he also made it clear that he does not intend to stray too far from the roots.

"For Decade, I have joined forces with various artistes from different genres. I have fused dancehall, reggaeton, Afrobeat and reggae because at the end of the day, these international genres are inspired by Jamaica. So I am not straying too far from the roots," he said.

Fortella says many persons are clueless as it relates to the power of the Jamaican culture and the impact it has on other genres. He is therefore hoping his project will bridge the gap between reggae and its offsprings.

"The concept of the project is to fuse Afrobeat and Latin music with Jamaican, because, for some reason, people are not aware that these genres are hybrids of ours. As a matter of fact, so is hip hop, which was started by a Jamaican in Bronx, New York. Jamaicans should reserve the right to make any of these genres without scrutiny,"he said.

Fortella is also working on an instrumental called the Hotboxx rhythm. The Canada-based producer said that his work has been made more difficult because of the coronavirus.

He is, however, banking on social media to make up for the lack of conventional means of promotion, due to COVID-19 restrictions.

"To be honest, it has been rough because this is a new experience. Working from Canada to Jamaica has proved to be quite difficult, but I want to stand out. So I have to do what it takes to get my work to the masses, as well as make lasting music," he said.