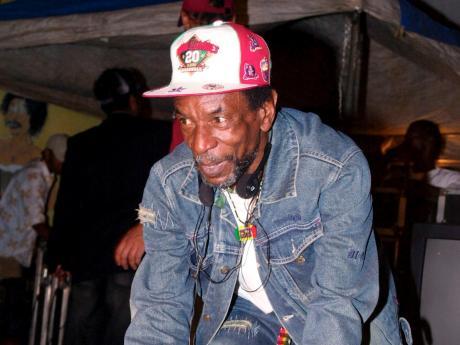 Dancing legend Labba Labba has died. The 'elder statesman' in the dancing world, passed away at the age of 75 at his home in Trench Town, Kingston on Sunday.

Labba Labba, who was admired by late dancer Gerald 'Bogle' Levy, was known for dances he created while working with Elephant Man, Beenie man, and Bogle himself.

Having retired, he was called on from time to time to share his experience with students at various dancehall open lectures.

Members of the dancing fraternity including Orville Xpressionz and Shelly Belly have posted tributes to Labba Labba.

"I called him out in February 2020 Reggae Month celebration in Emancipation Park," Orville said in an IG post, along with a video of him recognising Labba Labba at the event.

"He would come to visit me at my studio regularly. I speak about him on my journey around the world. The elder statesman, one of the architects of our rich dancehall dance history. He is Labba Labba. R.I.P you are now an ancestor. We will celebrate your life."

"R.I.P #LabbaLabba mi fam ur memories live on, u were a great man," Shelly Belly posted to social media, alongside a 10-second video with him and Labba Labba.