Festival song finalist happy to be among stars 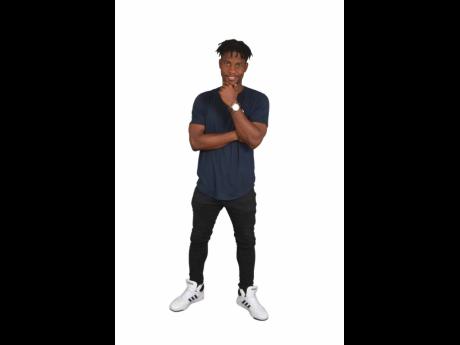 Up-and-coming artiste Radix OD is beyond excited to be among the top 10 finalists in the 2020 Jamaica Festival Song Contest, which, for the first time in aeons, has a mix of established and on-the-rise acts.

"Words cannot fully express how happy I am feeling right now. I got the call from the JCDC telling me that I was a finalist and inviting me to a Zoom meeting. And it was there at the meeting that I found out that Buju Banton, Freddie McGregor, Toots, Papa Michigan, LUST are in the competition. I never expected that at all, and it took a while to really sink in," he told THE STAR.

Radix OD is still amazed at how everything worked together for him to be a finalist this historic year when "all the buzz will be about the Festival Song competition, unlike previous years". He shared that last year, he was given a song in a dream, and that same song, he dreamt, went on to win a big competition.

As soon as he he awoke, he did a Google search to see what contests he could enter with the song, which he titled The Place To Be. The 2019 Festival Song competition popped up, but by the time Radix OD checked it out, entries had closed. "I was very disappointed, but I decided to just wait until the following year. And so I did, and then this is what happened! Everybody has been calling me. I feel like a winner already," he said.

The singer said that some persons have been questioning whether he is a bit intimidated by the stars in the line-up. "Honestly, I am not. I am looking forward to sharing the stage with these amazing artistes," he said. He pointed out that as one of the 2018 winners of the Red Stripe Big Buss competition, he got a taste of the big times when he performed on the Sumfest main stage that year.

Christened Odonald Christopher Haughton, Radix OD hails from Montego Bay. In 2016, he recorded his first song titled One Chance under the name OD and has since released singles such as Year of Success, Money Strategy, and Champion.

Minister of Culture, Gender, Entertainment and Sport Olivia Grange said in a press release that the decision had been taken to stage this year's competition virtually and that the public would decide the winner.