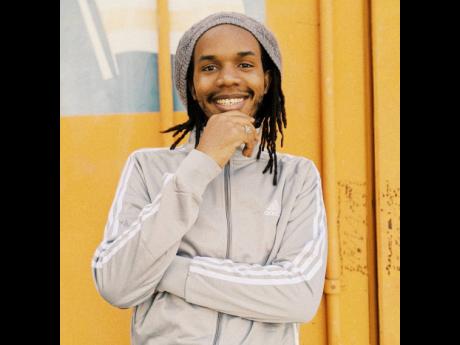 Rising reggae artiste, Kxng Izem, is boldly knocking on closed doors and exercising patience until they are flung wide open.

His latest single, Wildfire, was officially released on May 1, along with the accompanying music video, and he says, "it represents the youth's limitless potential to exceed expectations and obstacles on the way to having their dreams become reality".

Kxng Izem is quite happy with the response to both the song and the video. He mentioned that feedback from his peers within the music industry has been particularly encouraging.

"I have been getting a lot of recognition from producers who are now sending me riddims. I saw Bassie from TOK the other day and he had only good words about the song," the Rastafarian singjay told THE STAR. "At 12,000 views, this is a high for me on YouTube, and my posts on Instagram are also enjoying greater engagements."

Produced by Harry Hunt out of the UK, along with his band TenTwentyFour Music, this is his third project, but the first to be recorded in a commercial studio, after he "relocated [his] sound from his bedroom studio to the enclosed walls of Kingston studios".

Wildfire represents the vision Kxng Izem has for his music and his legacy, and he is currently working on a seven-track EP project, which is a fusion of reggae music and dancehall with subtle Afro influence.

Kxng Izem's musical escapade started at age 17 when gospel artiste and producer, Lucas Musiq, introduced him to the studio. They subsequently recorded several songs together under the Independent Music Group banner.

In 2017, Kxng Izem wrote, recorded and engineered his first project, 24 Eden Garden, Kingston 10, which was produced from his bedroom through some studio equipment he had acquired.

He later formed TenTwentyFour Music and they began performing on a number of local gigs, garnering the attention of minds and souls from his audiences.

Kxng Izem explains that his only wish is for his music to be used as a form of therapy to the people worldwide.

Interesting Fact: He has no idea how to play a bass guitar, but it makes a good prop so he poses with it from time to time.