Fans question if Kartel is ‘Not Okay’ 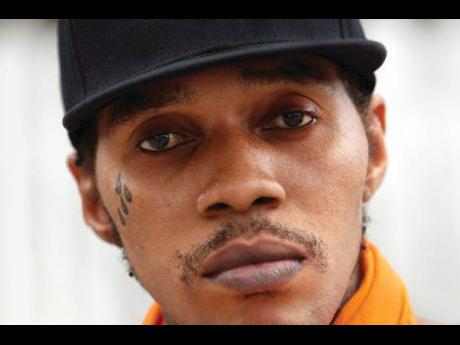 Vybz Kartel has flipped the script, yet again. The incarcerated Worl' Boss had warned fans a few years back to "expect the unexpected" and it has certainly arrived in the form of his eyebrow-knitting, rock-inspired ditty Not Okay.

From the intro to the lyrics and the intonations, they all bear no resemblance to anything Kartel has done before.

Even his accent is different. As he sings about lost love, as one fan says, he sounds "like a depressed high school kid from America".

While it has sent Twitter in overdrive with the creation of some hilarious memes, and others are questioning whether or not Kartel is trying for a Disney deal, some Gaza fans are expressing their concern about Kartel's mental state.

" Are you wondering if I'm okay? No I'm not okay," Kartel states bluntly in the song.

One concerned fan commented on YouTube, "... this can be a cry for help. His mental health should seriously be checked."

However, Gaza matriarch, Lisa Hyper, says her boss "govern". She told THE STAR that while she can't give any input about the song or say what Kartel was probably thinking when he wrote it, she knows that she has a strong mentor.

"I have a strong boss who fights for what he believes him. Mi nah worry and mi nuh feel him ah worry either. I just know that he's staying strong and ah pray and hope for the best. Him good man, him govern."

For other fans, Not Okay is just another example of Kartel's much-talked-about ability to market himself.

The single, which was posted to YouTube on May 30, amassed 500,000 views between that time and yesterday. However, it hasn't been trending, unlike many of Kartel's other songs.