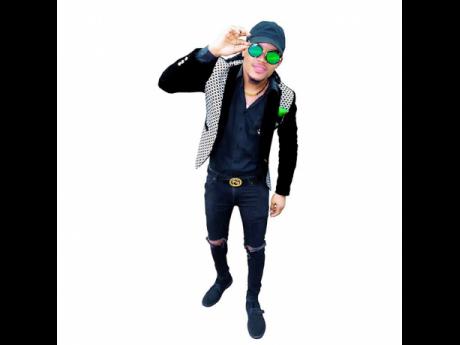 Although he cannot claim to be a blood relative of late dance icon, Gerald 'Mr Wacky' Levy, Wacky Grandson feels that the high esteem in which he holds his idol makes him closer than a brother.

Always eager to pay tribute to Bogle, the entertainer recently built a new dance, Smooth like Lotion, which has more than just a surface meaning.

As he told Dancers' Paradise, "Me is a man who always clean, because that's what Bogle teach us. Him seh, 'you don't know when you can get a last-minute call for an interview, or to jump on in a video, so every day you must get up, clean up and get ready for work'."

Always following those instructions, Wacky Grandson was in his bathroom on his birthday, May 6, looking in his mirror when the slang 'smooth like lotion' sort of just popped in his head, and along with it, a song and the dance moves.

"Me jus' start move, simple and nice, the words and melody a flow. I even get goosebumps and feel like me want to cry to how everything go down so natural," he recalled.

The following day he showed the moves to a member of his Sahvages Way team, who, like him, is in Canada awaiting the reopening of the borders; his colleague was amazed.

However, creating new dance moves isn't the only activity Wacky Grandson has been engaged in while in lockdown. Having launched his recording career a few years ago with his debut single Breezy Bounce, he also recorded a song, Flip Dem Bricks, which he hopes will impact the summer and beyond.

"It's the story of my life and it is an inspiration to the youths telling them that it's good to want the good life, but education and hard work must come first," he said.

Wacky Grandson, whose moniker was given to him by popular selector Firelinks, who saw him dancing like Bogle at an event in Santa Cruz when he was 14, says he is glad he ditched his previous name, Jiggy Kid.

"Is Bogle teach us that dancing can mek us go foreign and earn money. That's why I'm here in Canada now. When people tell me 'your grandfather was a legend' I embrace it, but I always explain the real connection afterwards. We have to always big up the dancing legends like John Hype and artistes like Beenie Man and Elephant Man," he said.