Giving back is a lifestyle – Bounty Killer 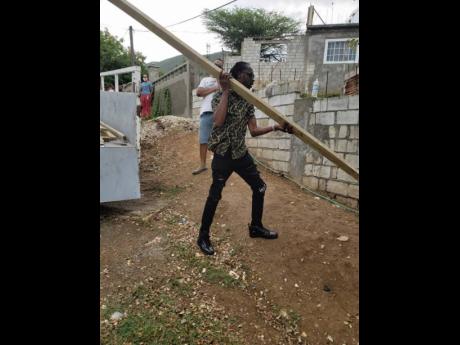 Bounty Killer picks up a piece of lumber that was among the building supplies donated. 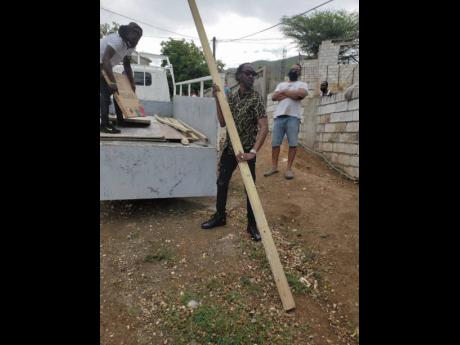 The 'Poor People’s Governor', Bounty Killer, through his foundation, recently made a donation of $100,000 and building materials to assist a young girl who was struggling to finish a one-bedroom, one-bathroom house in the Harbour View, St Andrew community. 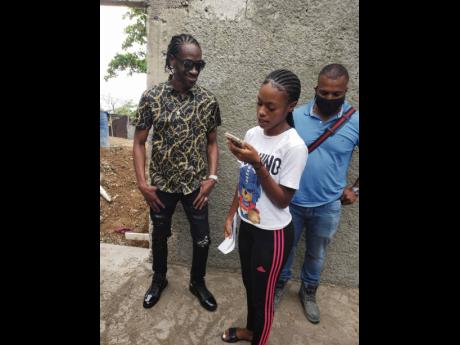 Bounty Killer says that his foundation is aimed at reaching people who are living below the poverty line.
1
2
3

Despite taking a direct hit to his finances from the COVID-19 pandemic, which is wreaking havoc across the entertainment industry, Bounty Killer refuses to focus on what he has lost. He is more concerned with helping those below the poverty line.

The 'Poor People's Governor', Bounty Killer, through his foundation, recently made a donation of $100,000 and building materials to assist a young girl who was struggling to finish a one-bedroom house in the Harbour View, St Andrew community.

"For me, giving back is a lifestyle. It was such a joy to see the smile on her face," he said. "The foundation is reaching out to those who are living below the poverty line. I'm from Riverton City, but when I was growing up it didn't look like how it looks now. It was mainly board houses and zinc fence; at least now there are houses that look like a scheme. So I know exactly what it feels like," Bounty told T HE STAR .

He said that Camille Lee, and Belgravia Development and Innovative Homes joined with him in this effort. The wheels were set in motion when Lee was made aware of the teenager's plight through Facebook and contacted Bounty.

He was spurred to act and this led to the contribution, along with lumber, plywood and tiles to finish the project.

"It was normal people from society reaching out to play their part in making someone happy," was Bounty's assessment of the project, while praising the teenager for the great job she had done with her meagre resources.

He pointed out that although he is not presently earning from entertainment events, the fact is that, throughout the years, Jamaica has been his strongest support.

"It's been 10 years now that I haven't travelled to the US to earn a dollar, but I have been living. When a Bounty Killer concert is held anywhere in Jamaica, is the same grass-roots people, along with others, who are right there supporting me, paying their entrance fee at the gate and buying out the bar to ensure that the stage show is a success, so I have to give back," he reasoned.