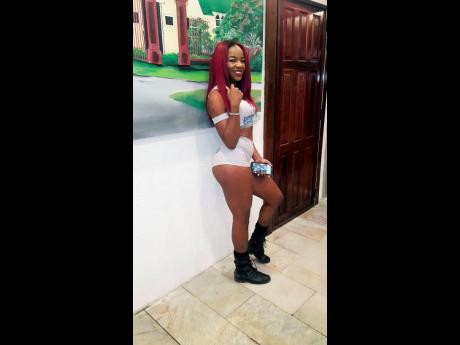 Danger, who is a former member of Team Spice, said that once she decided she would enter the competition, she knew nothing could stop her from coming out victorious.

Dancers competed for a cash prize of US$2,000 (approximately J$288,000). "Me jus say to miself a my money dat, and I even start to make plans for the money before I actually won."

Danger, who has already collected the cash prize, said that there were some persons who felt her entering a social media dance competition was a sign that her career has dwindled, and she was now desperate to regain some semblance of notoriety. But the dancer said those comments never discouraged her.

"It never phase me none at all. I had already anticipated all those reactions and so I actually laughed because I proved myself right. I am actually full of surprises and I'm very determined. When people come with negativity I'll just laugh, remain humble, pray and continue to think creative and put out extraordinary work. That's what I will do until I'm ready to call my dancing career quits," Danger said.

In the meantime, Danger told THE WEEKEND STAR that a rebranding of her career is not far away and it will prove that she is aiming at bigger and better things.

"I like to surprise my fans so, for now, all I can say is I'm planning to put out more professional and official content. I'm working on a bigger, better Danger, more official rebranding and endorsement of myself," she said.