Dianna Wright has the ‘Real Ting’ 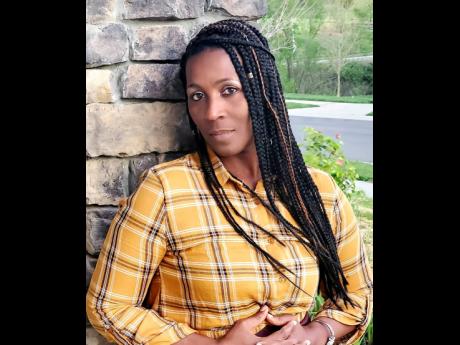 Multitalented performer Dianna Wright, who wears the caps of songwriter, actress, author, and spoken-word performer, places gospel singer somewhere at the pinnacle of that list. The Jamaican, who now resides in the United States, recently released her first EP, having already had two gospel albums to her credit, as well as two poetry CDs.

Wright, a Jamaica Cultural Development Commission Speech and Drama competition silver medallist, is quite excited at the feedback she has been receiving since the release of her EP in December.

Titled Real Ting, it comprises seven tracks and she is also proud of the fact that her son was integral to the production process.

Although it is a full gospel offering, there are reggae and singjay elements, and additionally, one of the tracks is actually a love song, which Wright says she purposefully included.

"It's called Fall in Love and it is a clean, wholesome love song. It's a reggae version and it can be played at a wedding or places like that. As a believer, you can listen to it without the guilt because it speaks about the blessings of falling in love," Wright told THE WEEKEND STAR.

She pointed out that the first single from the project is a song titled Big God, a track which is very special to her.

"My message to the world and Christians in particular, is that now is the time to stay anchored to the Most High. I believe that we have been given some pseudo gospel, therefore, we, as believers, need to read the Word and seek the Most High in prayer and fasting. Don't just take it from somebody who says that they feel that this is happening. As believers, we have to be grounded in what we know and try to gain more spiritual experience and don't be moved by everything that we see going on. We need to look at things and say, is this the character of the Most High?" Wright said, going into preacher mode.

Known for her well-modulated voice and writing skills, Wright is a former member of the Jamaica Poetry Society and the Dub-Traffickers Poets.

She recalls that one of her most memorable performances was at the Philip Sherlock Centre of the Creative Arts, where she appeared in a one-woman show titled Jazz-Orama.

Wright, who migrated to the US in 2006, was born and raised in Clarendon where she grew up singing and worshipping at the Sanguinetti Church of God. She has returned to the music scene after being out of the public's eye for a while.