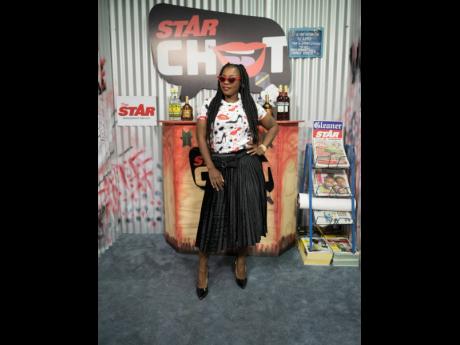 Dancehall artiste Pamputtae has released a raunchy new single titled ' Curfew' that sees the entertainer returning to the familiar lyrical territory that introduced her to the music scene. In recent times, Pamputtae has been opting to show off her versatility by releasing inspirational reggae tracks such as 'Stop It' and ' Single Mother'. Both tracks have done well to establish the artiste as one who is capable of switching things up, but during the quarantine period, Pamputtae tapped into her sexuality to come up with a track she says people have been demanding for quite some time.

"Search me body like police a roadblock. Me lockdown and me p***y wah lone c**k," Pamputtae deejays on the track, which was released on YouTube last Friday. She says the track is her giving into the demands of her fans, particularly the women. "It's a raunchy song, no doubt, but it's something the people have been asking Pamputtae for. I think I've shown that I'm versatile with tracks such as Single Mother and Stop It, but we inna lockdown times, and di woman dem especially been a tellin me say dem want a sexy song," she said. "Dem want a song fi make di man dem know what time it is, and so far, dem love Curfew. Di woman dem say me a talk the things weh dem a think. When a curfew time, dem wah di man dem come in come gi dem good loving."

Pamputtae says that although she has always been working non-stop, quarantine has given her a greater sense of urgency to get more done.

"Me just wah work 100 per cent harder, so me a spend a lot of time in the studio getting some songs done so me can get dem out to the fans. Curfew a gwaan good. People a say a long time dem nuh see da side a Pamputtae deh,and dem loving it. The feedback from that a gi me a urge to push harder and harder," she said.

A single mother of two, Pamputtae says that like everyone else, she has been affected by the coronavirus, but she is taking things one day at a time and urges her fellow Jamaicans to do the same.

"Me nah complain bout nothing. Whether things up or dem down, me give thanks and work wid weh me have until me get wah me want. Time is the master, and me always remain humble and calm," she said.