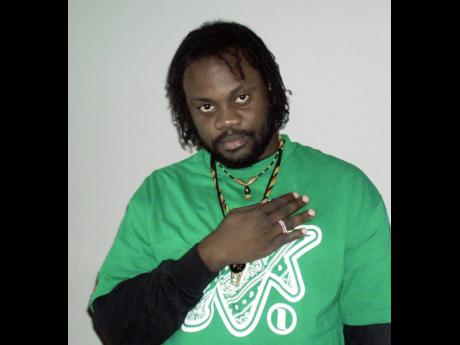 Grammy-nominated producer and engineer Richard 'Breadback' Bramwell says he has been using his time in quarantine wisely and would be releasing seven projects in the coming weeks - four rhythms and three singles. The projects will see the producer working with established acts, as well as an up-and-coming artistes.

"I come from an era weh me see the greats like Fattis Burrell just a produce and produce. Dem man deh just work and put out songs because dem see say the world hungry for the music. If me have the production dem and the world hungry, why keep dem? Why not put dem out?" Breadback told THE STAR. "Me a free up the space fi make more because I still have a lot more in store. What is a producer if him don't produce? It nuh make sense me voice the artiste dem and a keep the tune dem, especially now. When the industry at a standstill in terms of shows, new music is what will keep things flowing."

Having set things up where he can now distribute his own music, Breadback says there is nothing holding him back and so he will be pushing forward in the coming months, especially with artistes who are willing to work with him.

"Mi do me own distribution, plus me have me own studio a me yaad so me deh home a work. I would love to voice certain artiste weh a 'dominate' di thing right now but me nah siddung and wait pan dat because most times dat difficult. Me just work wid weh me have until me can get wah me want. Mi work wid who work wid me, the artistes weh always support my productions - people like Sizzla, Capleton, Lutan Fyah, Teflon, Norris Man, Mr Murphy, U T Ras."

Those artistes feature on the projects the producer is slated to release soon. Among the projects to drop are the Vineyard rhythm, Nextspliff rhythm, Smart Thing rhythm and Terminal 4 rhythm.

The singles to be released are I've Got and I Am In Love by Sizzla, and Pretend by up-and-coming artiste, Jay Star.

Pointing out that he is always one to think ahead, the producer says he is not having the difficulty some of his colleagues are now faced with as a result of the COVID-19 outbreak.

He said with people afraid to leave their homes, it is a challenge for producers to get artistes to voice now. He then used the opportunity to stress the importance of recording songs in advance.

He explained that even if you do not plan to release a project until a certain time in the distant future, producers should pull out all the stops to ensure the song is voiced months in advance.

He says the latter has been his secret weapon during this period of isolation.