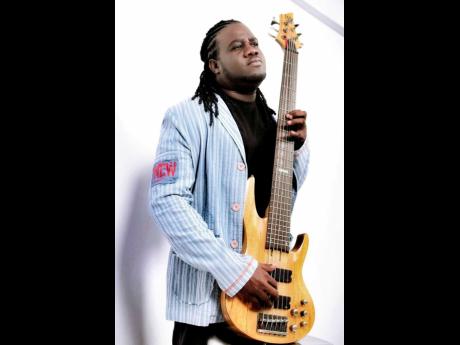 He will share a personal story - through the Propella platform provided by the Jamaica Film and Television Association (JAFTA) for short films to be aired.

"Though new to me, I believe the story is relevant to global societies - hair discrimination has been the focus of internationally produced films but this one hits close to home," Virgo told THE STAR.

The record producer and engineer has been in and out of the Supreme Court for the past year and half fighting for the rights of his daughter, who was barred from entering the Kensington Primary School in 2018 because of her dreadlocked hairstyle.

Virgo, along with friend, popular film-maker Rick Elgood, prepared the script and submitted it to JAFTA with the title Dreadlock.

Both of them are breathing a sigh of relief that it has made the shortlist among nine others in round one of JAFTA Propella.

However, delays in production are expected due to the restrictions imposed to control the spread of the coronavirus (COVID-19). He said all the plans are being done virtually for now.

"Rick is actually my daughter's godfather, and we had been speaking about making a film for it and one of the court dates, he came to observe the court proceedings and it was one of those heated ones," he said. "I believe this film is the best medium to showcase that and all we have gone through. There have been films like Gabrielle Union's Hair Love that won the Oscar for Best Animated Short Film. So we know people will see the significance and realness of this story - it's going to be a reality."

Virgo and his family are anxiously awaiting the court's ruling on the matter.

"The date was originally January 17, 2020 but was pushed to April which, we believe, with everything that is going on, it might be delayed again but we are hoping for a positive response," he said. "Right now, we have to respect the rules of our Government and quarantine regulations. So Rick, who is the director, and I have put our focus on the planning and screenwriting (his wife also contributes), until we get other persons on board," he added.