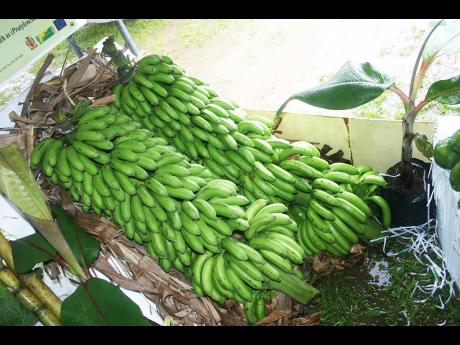 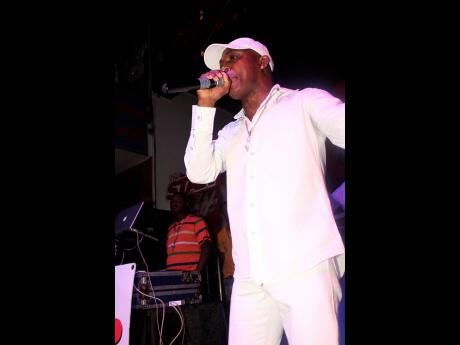 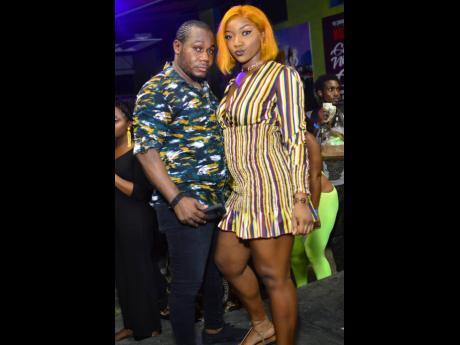 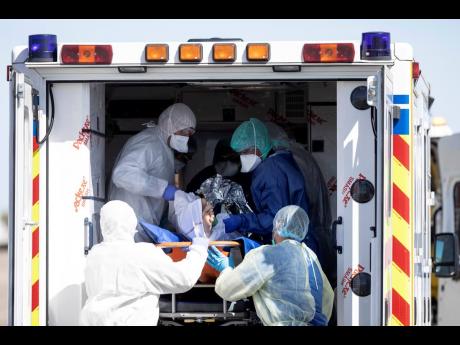 Medical staffs evacuate a patient infected with the Covid-19 virus from an ambulance before transporting him into a French military helicopter heading to Switzerland.
1
2
3
4

Since late last week, several videos of a St Mary farmer flaunting his superiority over producers and selectors have gone viral on social media.

The farmer can be heard in the brief clippings expressing that with the entertainment industry taking a hard hit from the coronavirus outbreak, the time may have finally come for farmers to step out of the shadows and into the main frame where popularity and respect are thrust upon them.

"Farmer man back at it again. Unnu nuh see a we a run things now. Food a get scarce and the country a lockdown. Nuh dance nah keep but food a sell and food a grow," he said in one of the videos.

"Me tell unu all the while when unu see farmer man a look unu gyal, unu fi gi dem a chance and stop say unu wah selector and bloodc***t promoter. Nothing nah gwaan fi selector and promoter yah now," he continued in another.

The footage has earned the attention of several popular party promoters and selectors. They are responding with mixed reactions.

"Basically from watching these videos, I would say this farmer has a personal vendetta against selectors and promoters. Is like dem paths cross before and him come out on the losing side. Maybe a selector or promoter take weh him girl because a dat me a get from him constantly picking on selectors and promoters," said Ian 'Container Boss' Miles.

Miles, who is a popular party promoter, said he found the videos humourous and has not taken offence to them, but warns the farmer man to "go easy".

"The coronavirus thing a affect everyone, not just selectors and promoters. As a farmer, him supposed to know food sell right throughout the year. It's a need, not a want, so him nuh need fi a promote himself so much. But maybe him just start farm and sell food, mi nuh know. Him better make sure say him can farm straight throughout the year and have a steady income," he said.

Sound system operator Ricky Trooper also found the farmer's video funny, but as a man who has enjoyed the popularity that comes with being part of the entertainment industry, he said he understands why the farmer may be "picking on" selectors and promoters.

"More while people nuh really show dem (farmers) enough love and respect so me just a big up the farmer dem enuh. A fi dem time yah now. A di farmer dem a rule because if dem drop dem hand right now and stop produce food, the nation a guh dead fi hungry. So any chat the farmer dem wah have now, me nuh have nothing to say," he expressed.

"Me see the farmer a beat soundman and selector and a chu some a weh him a talk because music nah really pay right now. Some a di ladies dem like dem hairstyle up and dem nails up and food inna dem house and so some a dem a go flow where the money is. So if sound nah play and a woman go so and memba say farmer Joe did a look her and right now a farmer Joe have the money, she might take a chance now.

Panic buying and airport shutdowns across the world have fueled fears of a coronavirus-induced food shortage. Di Unit boss, DJ Tallman, said humour aside, there is a valuable lesson to be learnt from 'Farmer Joe's social media rants. He expressed that as a veteran he has learnt that it's always best to have more than one source of income sometimes a business set up outside of the entertainment industry.

"I can speak for my team and we're not worried in these times. We are coping with the situation even though nothing much is going on in terms of entertainment. We are supporting each other and we are creating ways and means of keeping the cash flowing. I sell oranges presently to maintain myself, and I'm using it to also help members of my community," he said.

"We affi always think ahead in this business and make sure we have more than one means of earning an income because nothing is guaranteed. I wish all my co-workers all the best and hope this thing is over real soon so we can get back to entertaining. Big up all the farmers too. Unnu large!"