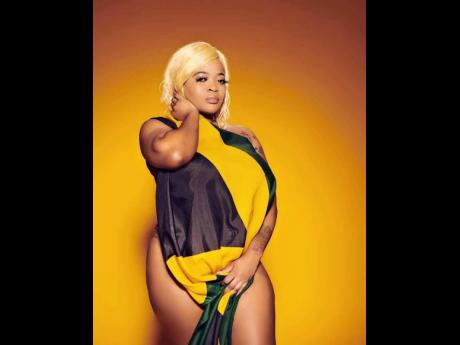 Recording artiste Destiny Sparta has set out on a 'dancehall robbery spree' with her latest single. The self-styled 'Psycho Doll' minces no words as she takes aim at several dancehall acts, both male and female, making it clear that she'll be swindling them out of their most prized possessions.

The track, titled Robbery, was released last Friday, and according to the artiste, already has the music world buzzing.

"Me nuh really have expectations when it come to music these days. I just put the songs out there, and wherever they lead to, I follow. But people are taking on to the song," she said. "The feedback has been very good. People love controversy, and so once yah call people name, dem a guh tune in, and they're loving it so far. I just want listeners to hear the lyrical wit and creativity and just be entertained."

Destiny Sparta co-wrote the song. The entertainer says having been in the business for quite some time, she believes that the music world has been sleeping on her talent.

"This year, I'm waking everybody up. Lack of proper management has been my issue over the years, but right now, I'm working with Naviigator Entertainment, and they really believe in me and will be doing what is necessary to get me heard," she said. "I've been with them about a month now. Their first production was Body Language, and I was featured on a song titled Dweet Fi Yuh. It did relatively well, and so I'm looking forward to what the other projects can do. The most important thing as an artiste is to have a team that believes in you, encourages and motivates you. They're willing to put in the necessary work to get their artiste on the top, and I appreciate that."

While thanking persons who have believed in her for years, including Tommy Lee Sparta, she promised to deliver more singles and videos this year "like rain in stormy season".