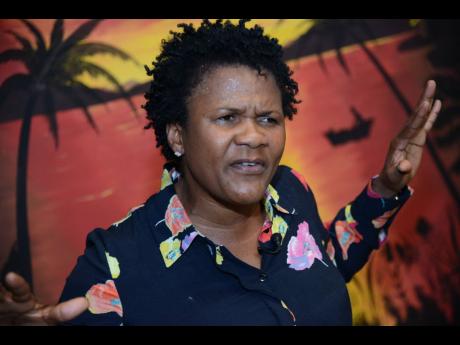 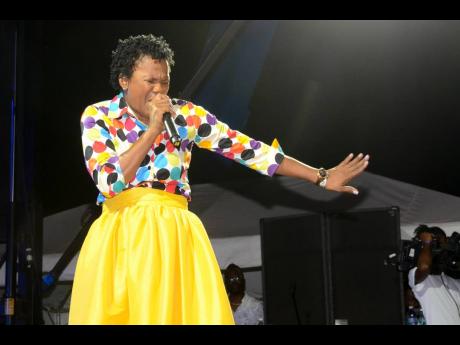 Marion Hall says she will not be looking back.
1
2

If Jamaicans are waiting on a tell-all book that details Minister Marion Hall's journey from dancehall to Christianity, they best not hold their breath.

In a recent interview with THE STAR, Minister Hall said that an autobiography was in the works but after consultation with God, she has decided not to continue down that road.

The former queen of dancehall got baptised in 2015, and shed the Lady Saw image. The artiste, who was widely known for her raunchy stage appearances, has traded that secular lifestyle for gospel music.

"Recently, I started writing and during that process, I realised that I had to confront the questions of what really brought me here at this place where I'm at with God. I realised that in my life, I had some enemies who were pushing and tearing and tugging, and in writing about those people I almost lost my sanity," she said.

"The book was going to be about how when the devil thought he had you and he put you through some things and thought he damaged you good. God took that and turned it into this beautiful gem. Giving so many pages to my enemies and the past would be going backwards, not forward."

Minister Hall said that based on how transparent she was going to be in the writing, she knew people would end up focusing on the drama and contention and not the fact that God has transformed her life.

"I don't wanna go back to the dark places. This was to glorify God and I know people would be about things of the flesh instead. I'm not about the flesh," she said. "When I decided to not write that book, God confirmed with me that was best. We serve an awesome God. It gives me peace to know that God is connecting with me on a different realm, on a different level."

Meanwhile, the autobiography may be no more, but new music is a surety. Minister Hall told THE STAR that she has finished up the writing for her third gospel album and is looking to get into the studio soon to record.

"This album will be more in-depth. It will be cutting-edge, there are songs on there that will release people from their spiritual prisons," the former queen of dancehall said.

"I just need to get the studio ready and get into the booths and lay it all down. Satan is so mad at me because he keeps attacking. But, I am not afraid, and that is how I got these songs. If you're down in that dark place and it looks like there's no way out, this album is for you. God is gonna show you that he can make a way out of no way."